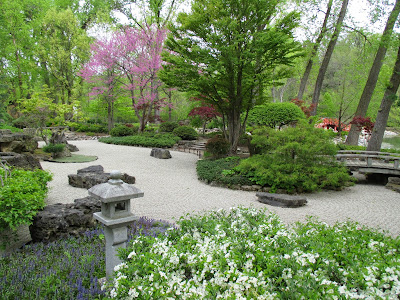 We had an amazing volunteer turnout on this cloudy and cool day.  The spring color out in the gardens is extended due to these colder temperatures and there are plenty of beautiful views out there to enjoy like the one in the Japanese garden seen above.  The grounds staff had a busy day and our volunteers worked on myriad tasks around the gardens and in the Horticulture Center.  With the Spring Plant Sale officially over, it was time to re-focus on needs out in the gardens and weeding and planting are on the top of the list.  Below are some images from today. 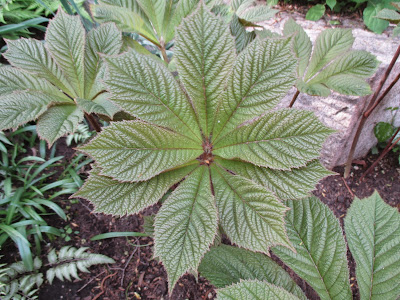 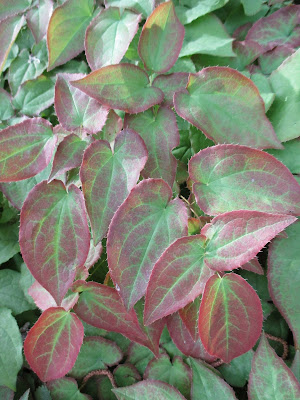 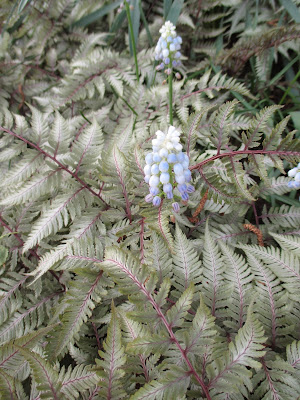 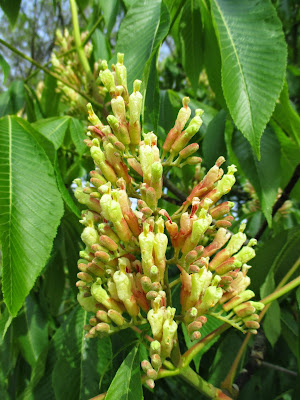 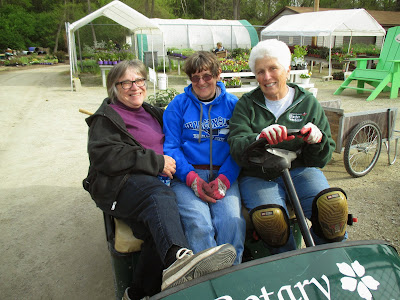 We had a lot of volunteers here today and it was nice to see so much work being accomplished.  Above (left to right) are Karen, Suzy and Mary R.  The ladies did a great job weeding near the gazebo garden with Bonnie (seen below to the right with Karen).  The second photo down shows Eva and Kathy doing some work in the plant sale before they headed out for more weeding in the woodland walk garden.  Mary and Roy W. came in for planting and weeding in the shade garden and Stan was in later to tidy up in the Japanese garden.  The Grumpies helped take down our temporary plant sale parking lot and then they dispersed for mulching, air edging and composting.  Ron P., Alan, Ron R., Gary B., Bob C., Lloyd and Larry H. all worked on these various tasks and did a great job.  Hal R. tidied up his area and Marsha M. was out taking her excellent photographs.  Dick P. installed bricks while Dick H. picked up gas and made some runs to the dump.  Dick H. continues to work on equipment repair as well.  Bob K., Vern and Jim D. worked on various carpentry projects and Del was in for some painting and tidying. Dr. Gredler did a nice mowing circuit as well.  Mary W. worked all day in the herb garden and both Myrt and Mary came in to do some afternoon weeding.  We also saw Betty H., Shirley, Jenny E., Rollie (mowed), Maury (errands) and many others today. 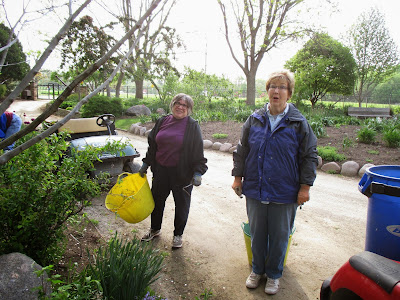 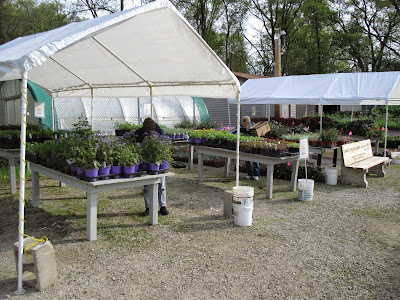 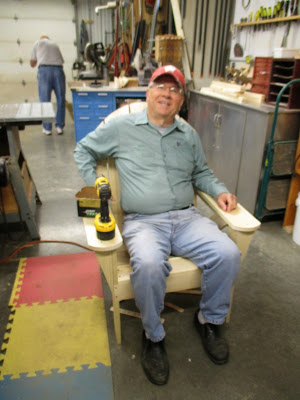 Vern sitting down on the job again 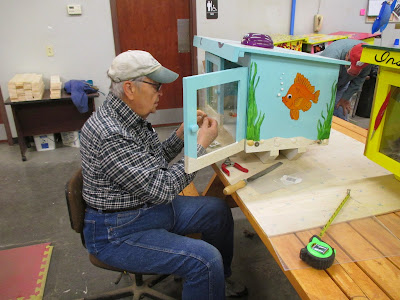 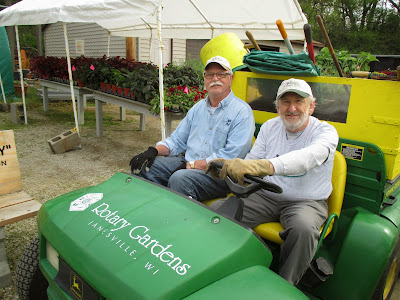 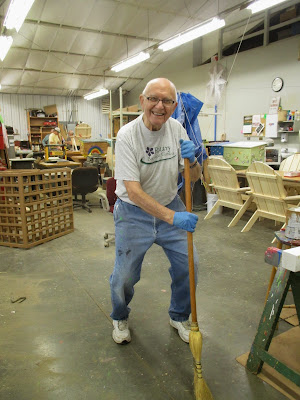 Del above and Bob C. and Gary B. below (Gary driving) 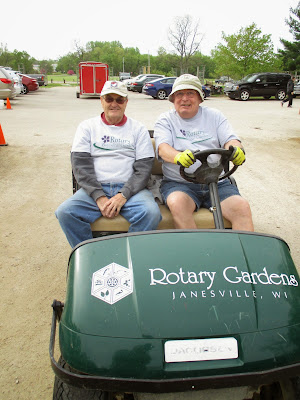 Big John, Larry and I all spent time out in the gardens.  Big John (last photo down) put most of his efforts in to pressure washing the fishing pier which was in dire need prior to repainting help coming soon (from Urban and Rose).  John also picked up plants this morning with Larry H.  Larry push mowed, weed whipped and watered for his day of fun which also included pumping out one of our small ponds.  I was able to place plants for installation and spent most of the day bouncing between volunteers to keep everyone on track.  It was a busy but rewarding day with ample time for photographs as seen below. 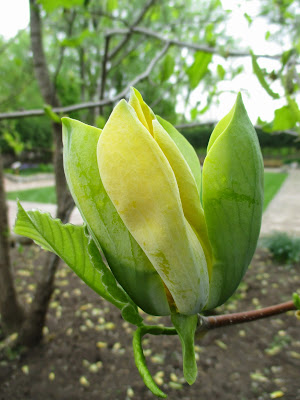 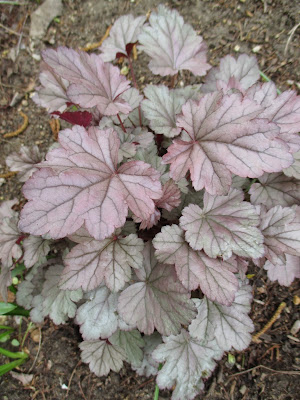 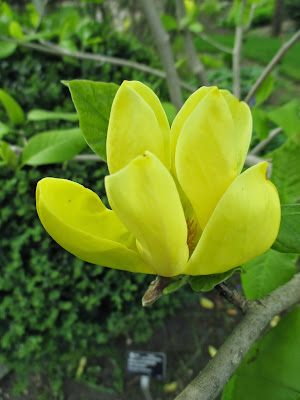 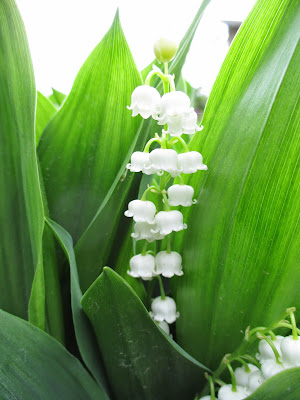 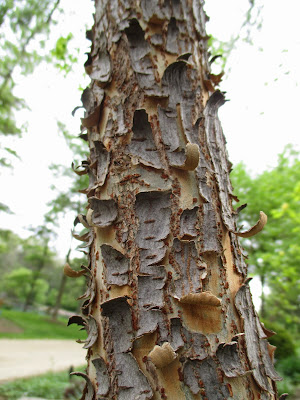 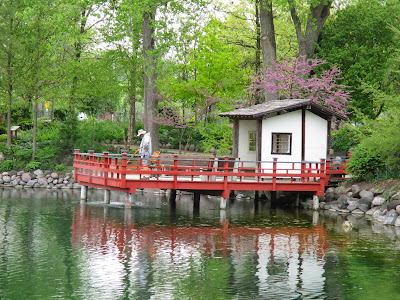