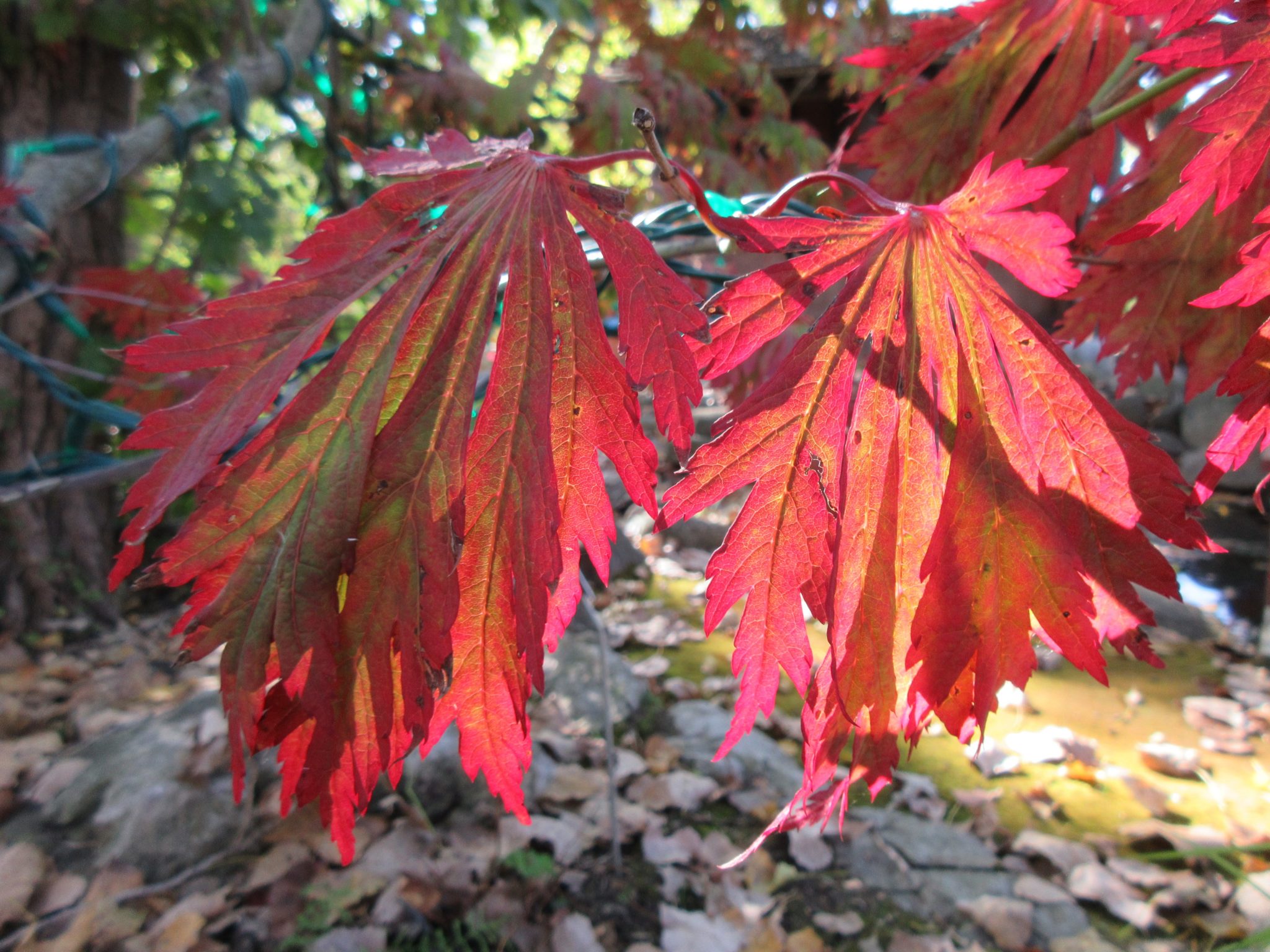 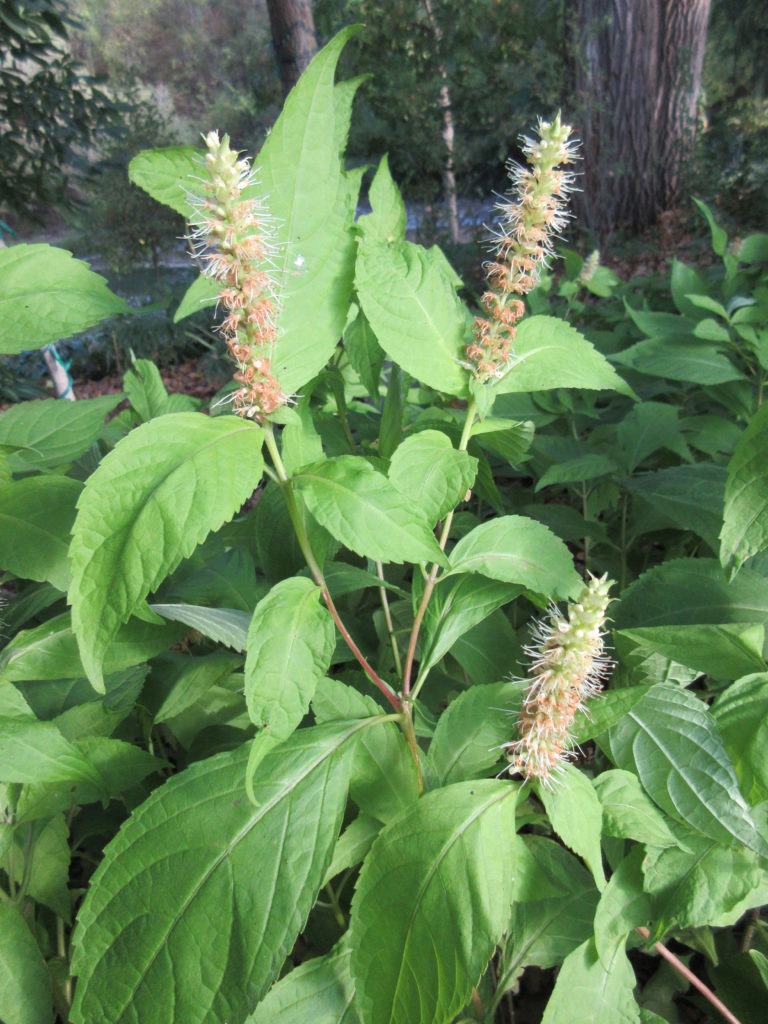 Nice shot directly above of golden fragrant mint bush (Leucosceptrum japonicum ‘Gold Angel’) blooming today with lots of pollinators visiting!  It was a beautiful day with a cool start which we all enjoyed after the recent heat wave.  With a high of 70 degrees F today, it was perfect working weather and we took advantage of it to be sure.  It was nice to see so many visitors enjoying the cooler weather as well.  Our grounds staff consisted of Larry H., Larry O. and Bobby K.  Both Larrys had plenty of watering and Larry H. continued Holiday Light Show (HLS) set-up efforts.  Larry O. was a sprinkler master as we have some irrigation that isn’t currently working so are setting up lots of sprinklers which is an art form.  Our last good rain was over four weeks ago now.  Bobby K. had various projects and also helped with some watering duties. 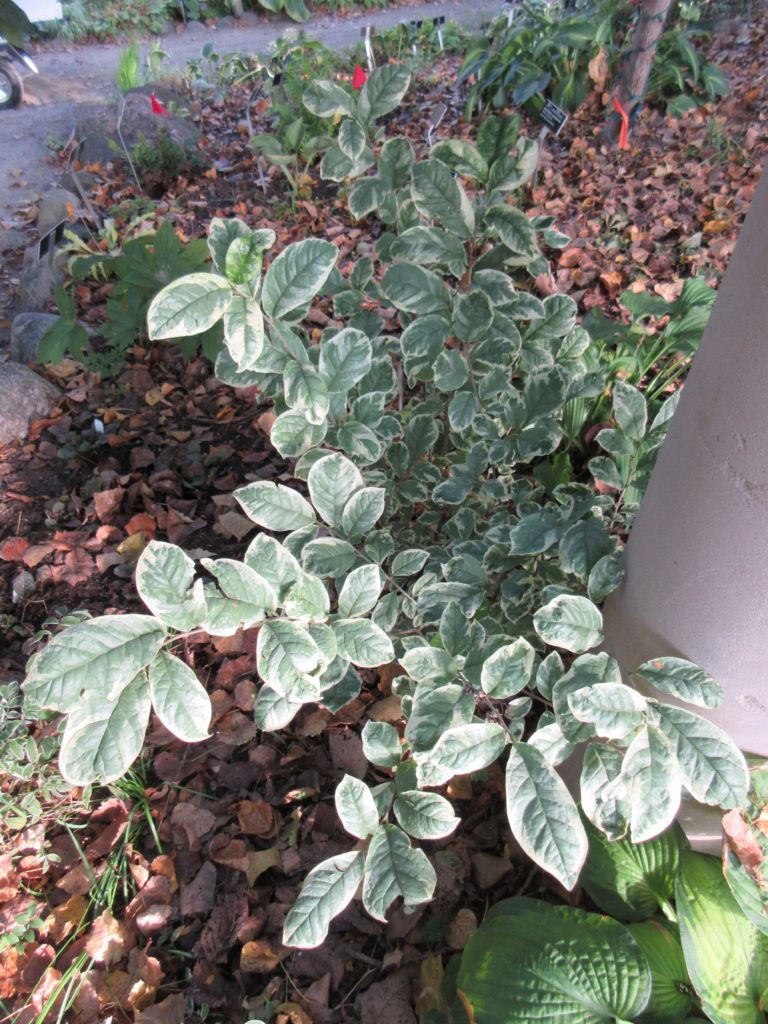 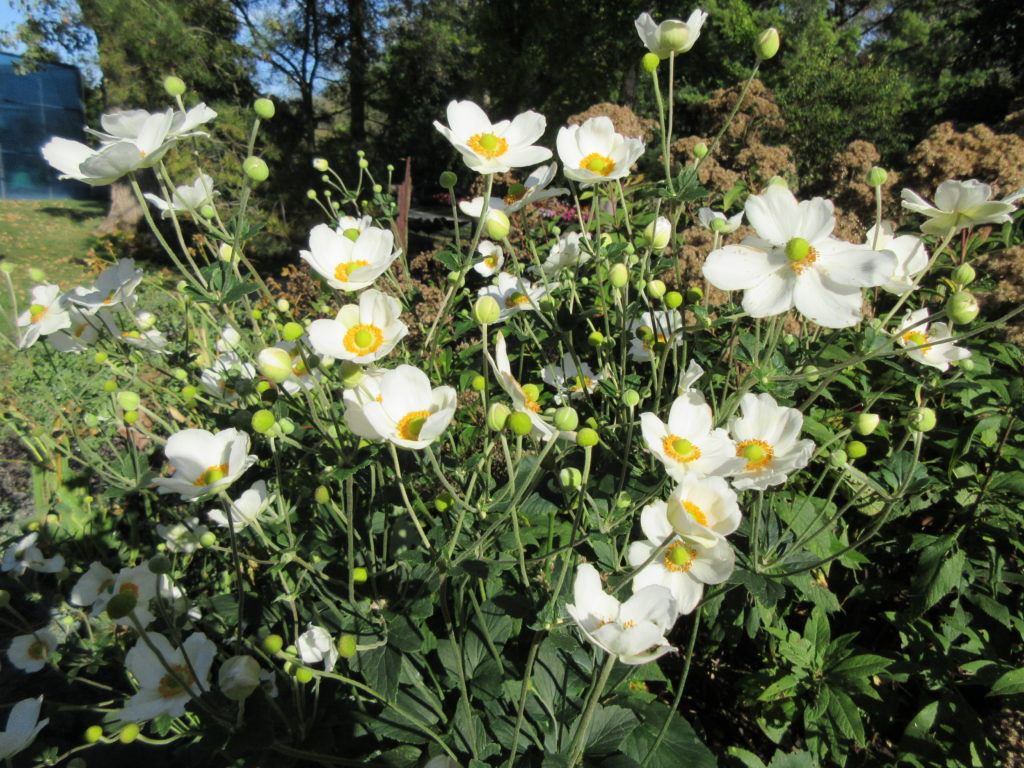 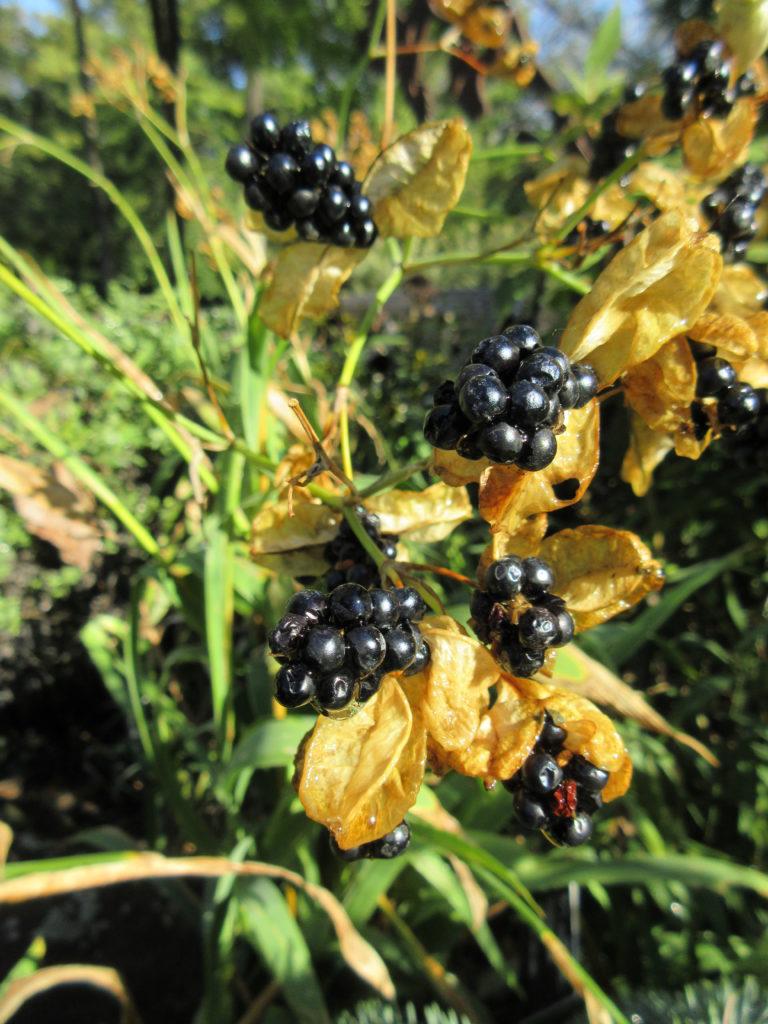 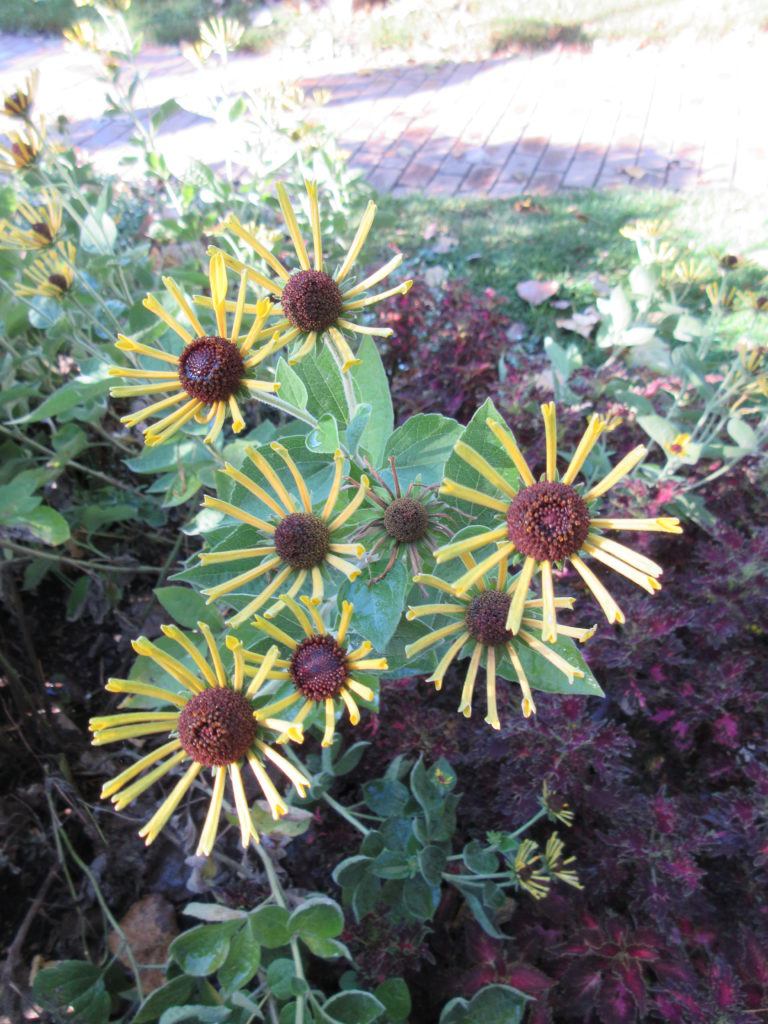 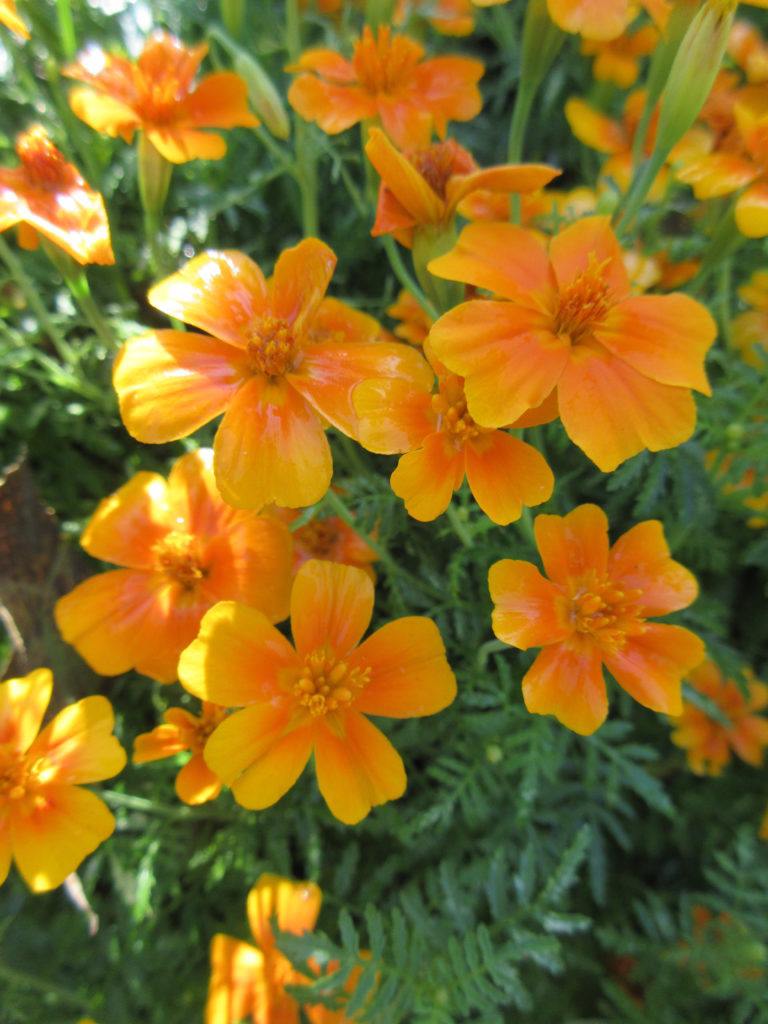 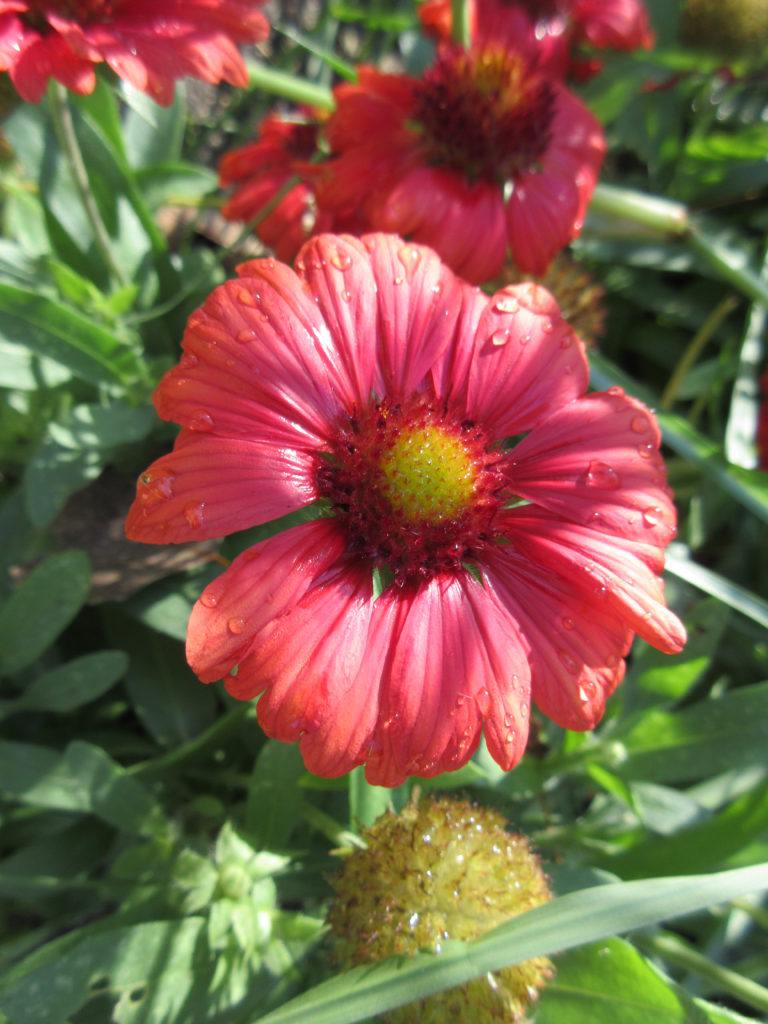 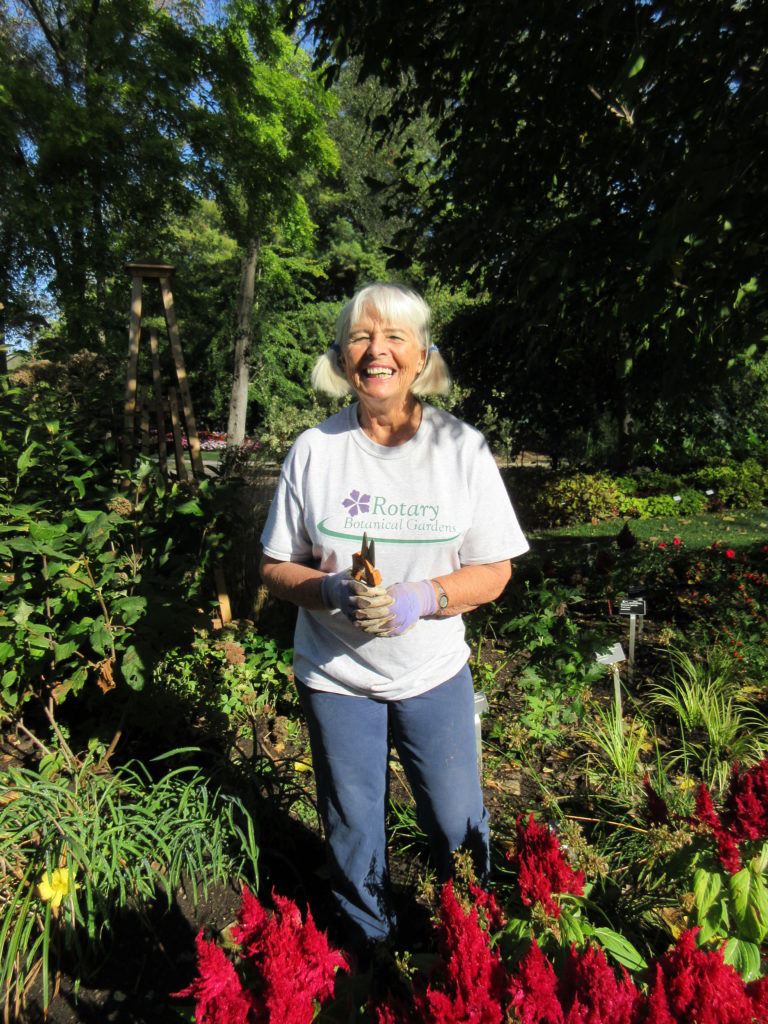 With the return of cooler weather, we had a strong turnout of volunteers today!  The last seven days of 90 degree F weather has been challenging to say the least. Marleen (above) was in to tidy her area today and always does a superb job.  Dennis continued his efforts on the north path project which is coming along quite nicely.  Alan M. was in to collect leaves for most of the morning and both Kathy and Eva did much of the same.  Greg P., Cheryl P., Kristin and Stan all tidied up in the Japanese garden.  Gena, Myrt, Nancy and Patti were all in to help collect leaves from the woodland glen garden.  The Chestnut House volunteers were on hand and very productive at the Horticulture Center. Peg was in to work on labels and she and I tackled two areas in need of revised and updated labeling (woodland walk and sunken garden).  Dr. Gredler was in for some mowing as well.  We also saw Maury, Gary, Marsha M., Karen B. and many others. 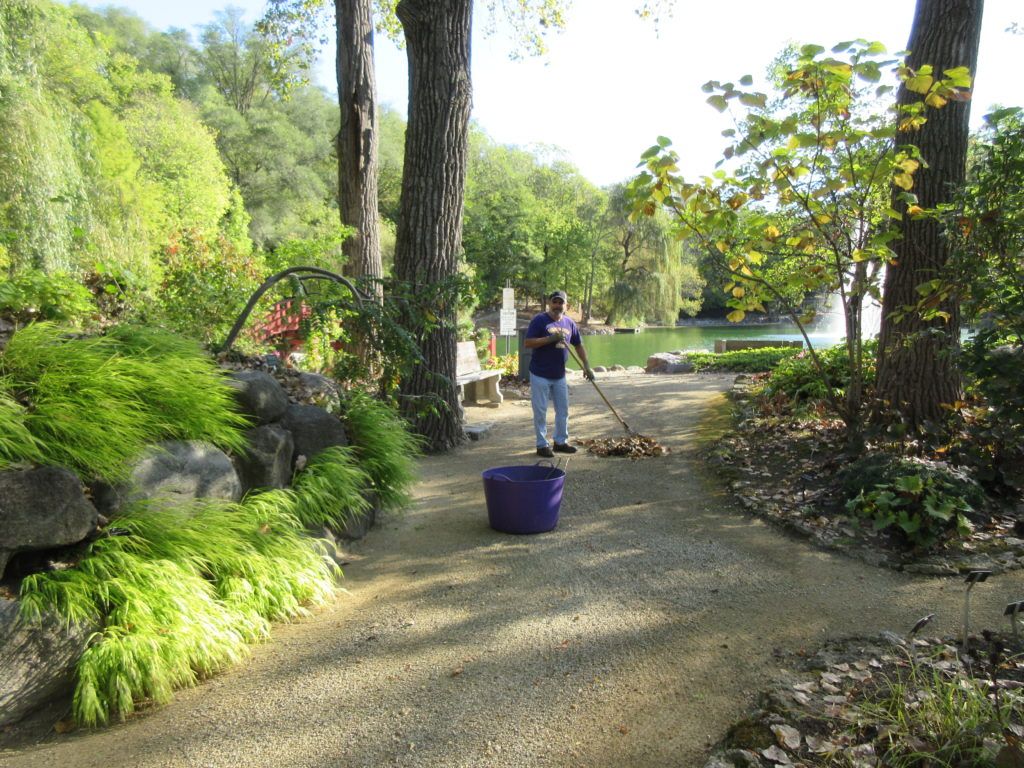 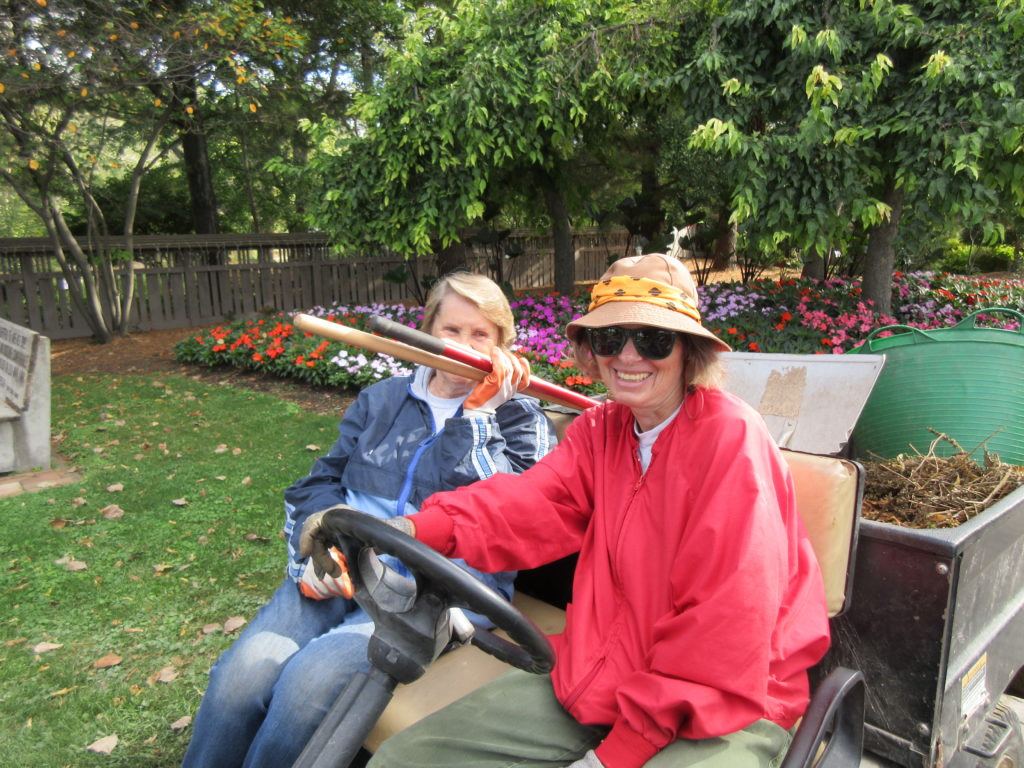 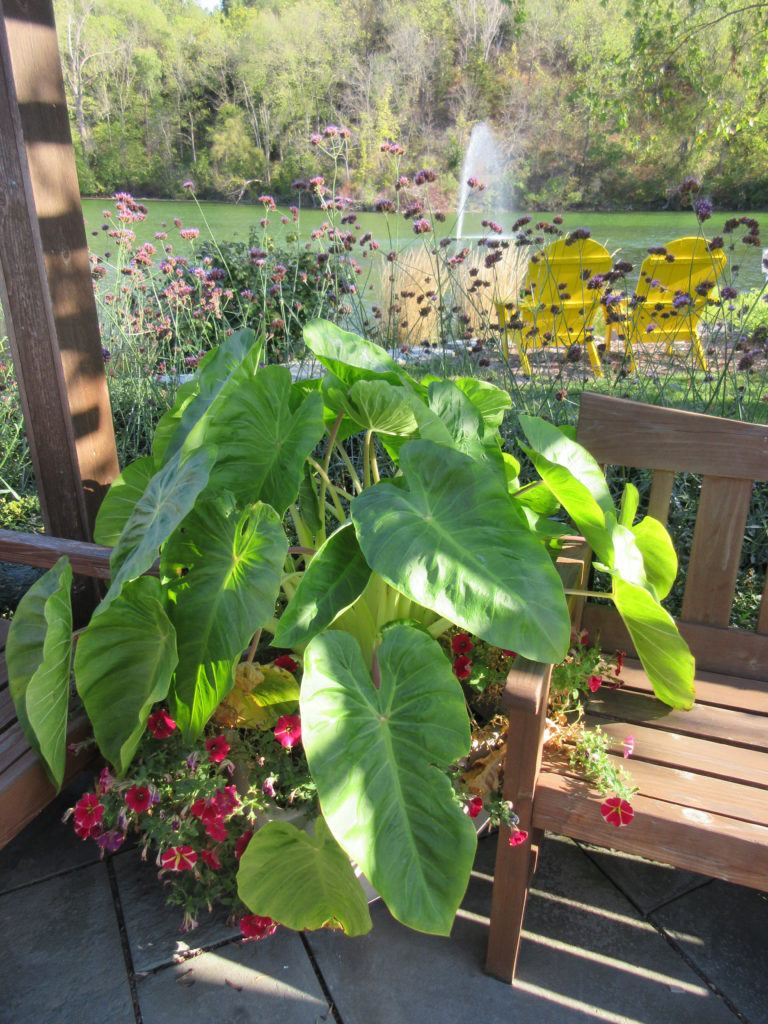 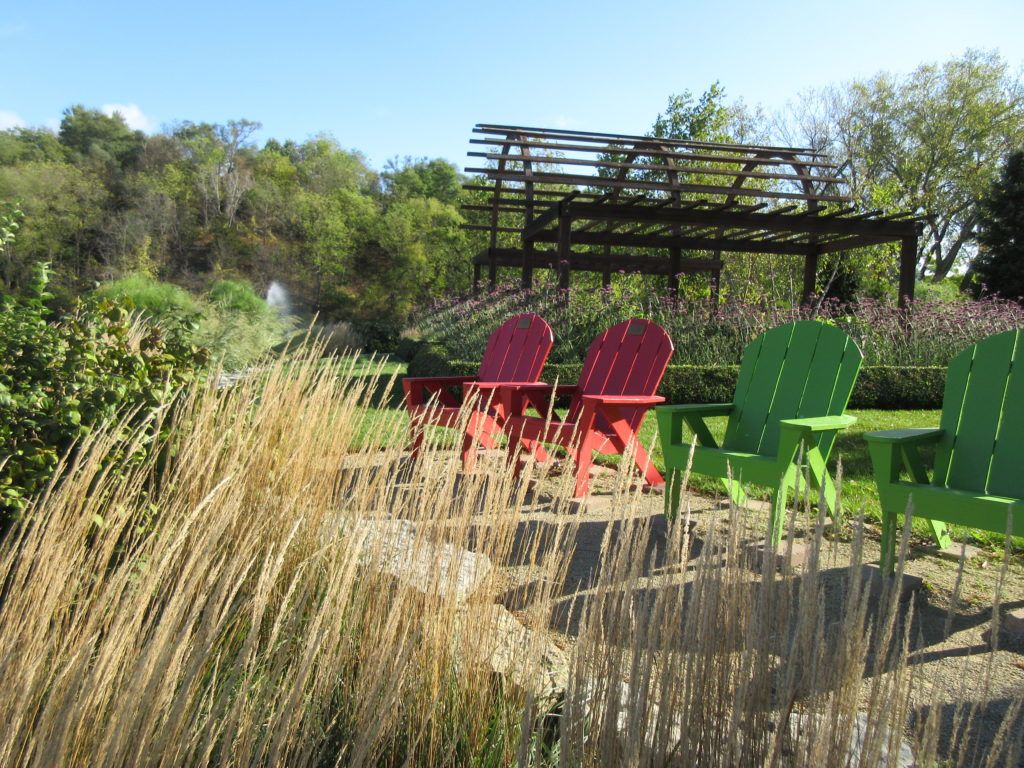 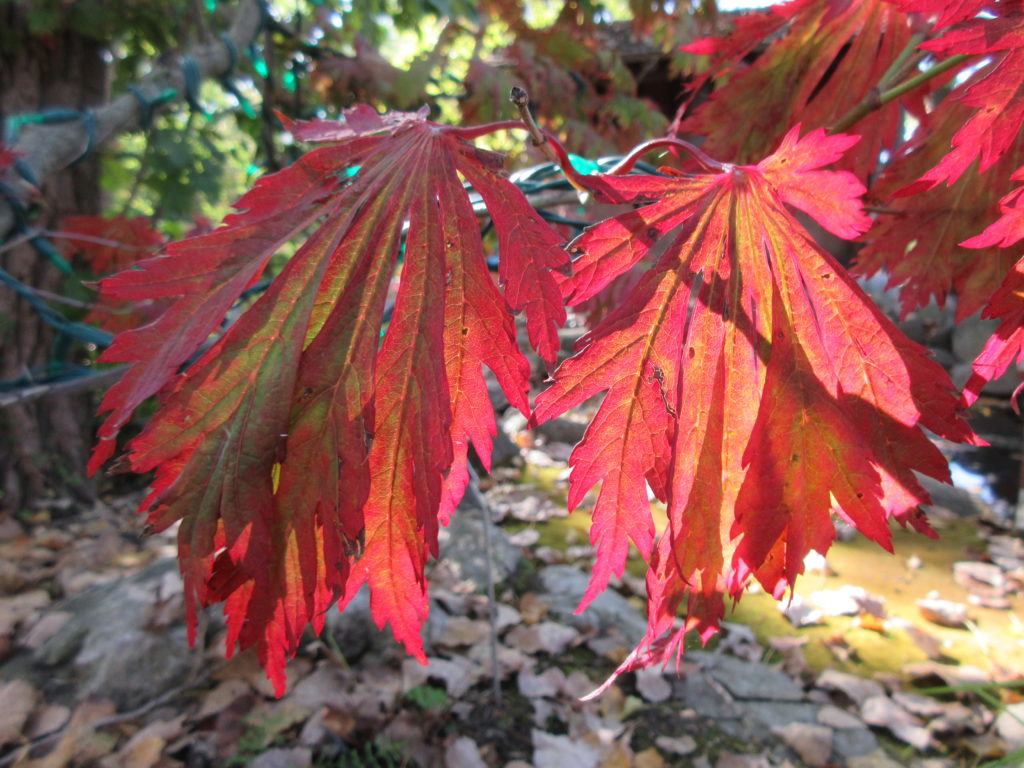 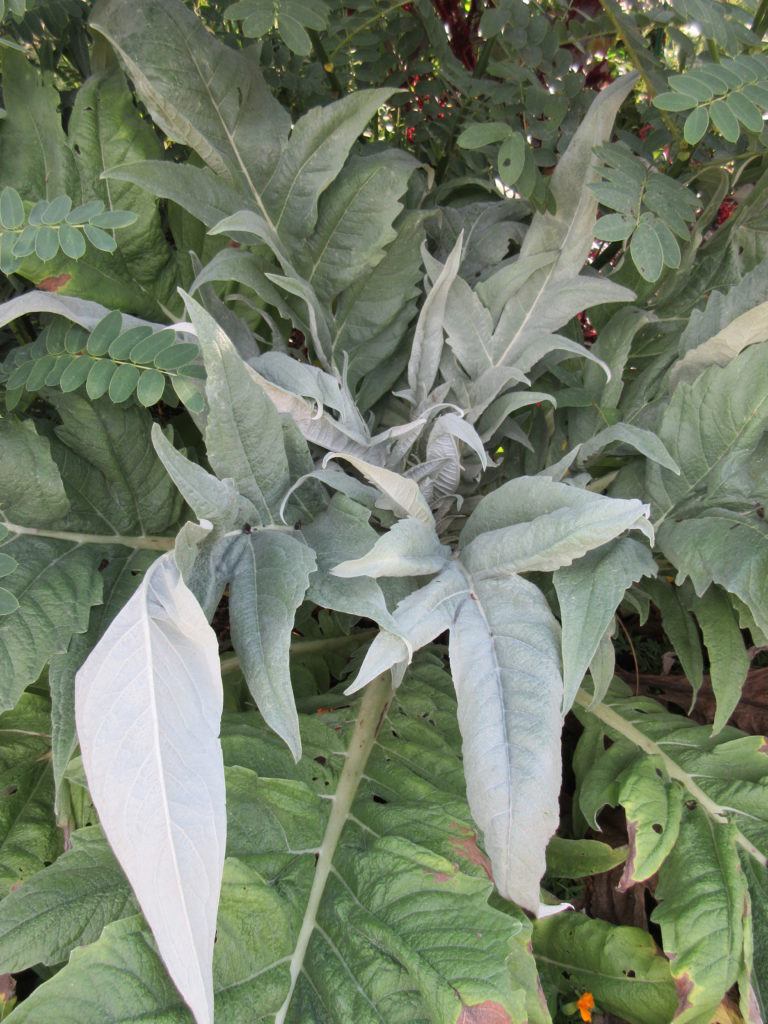 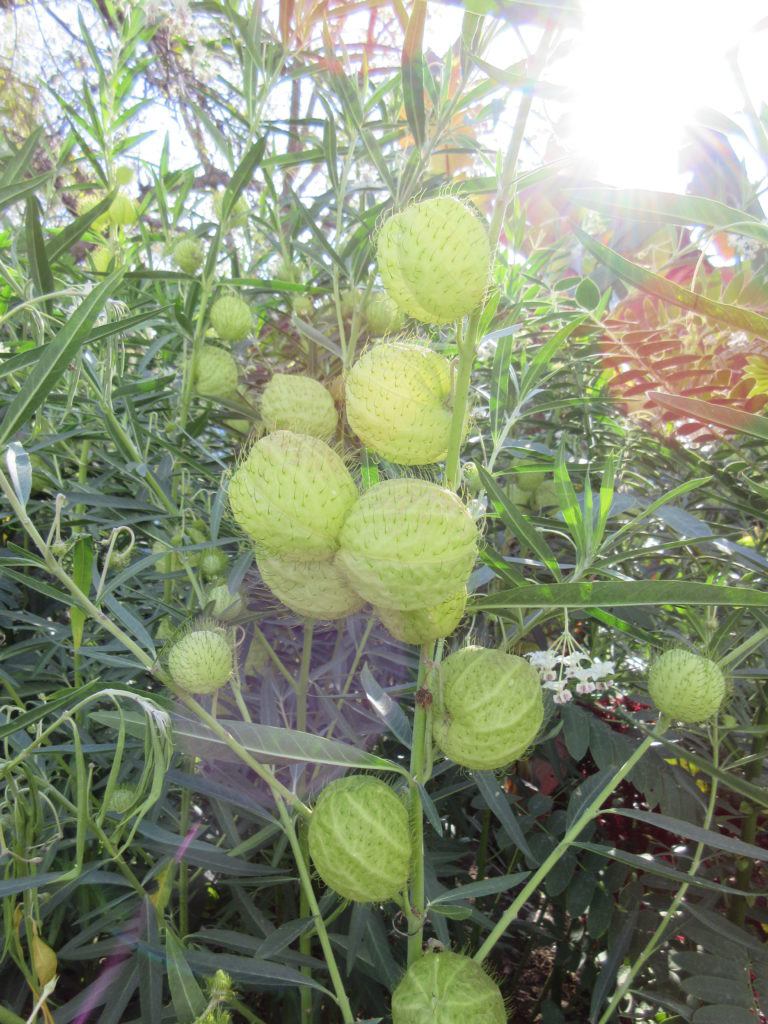 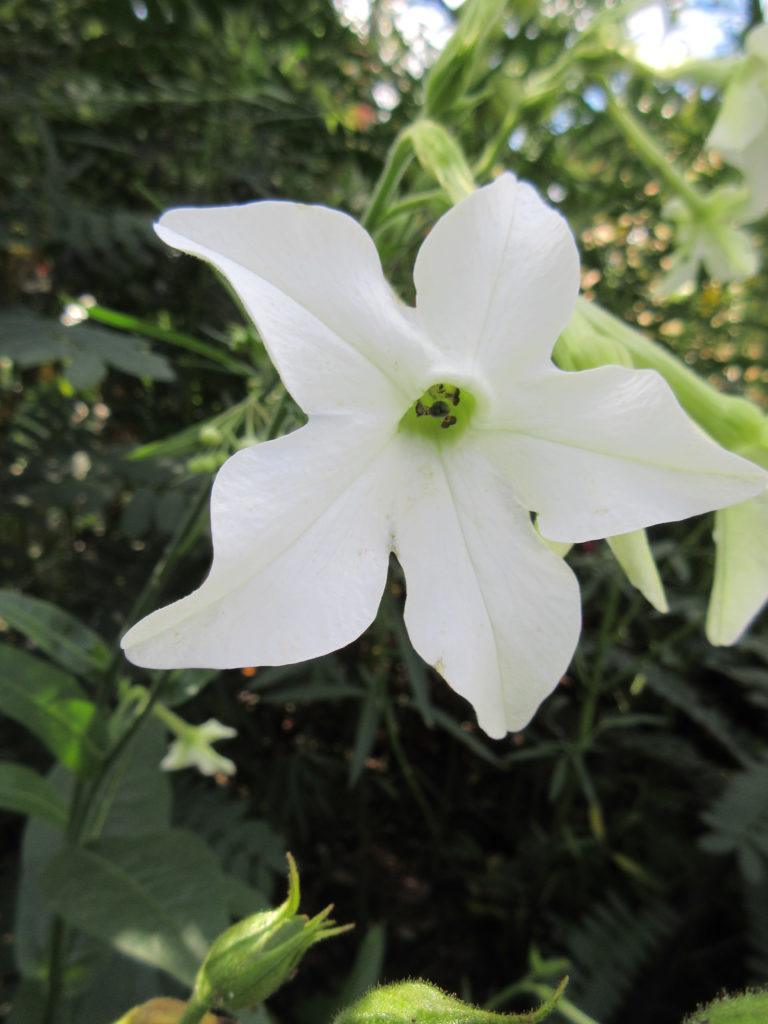 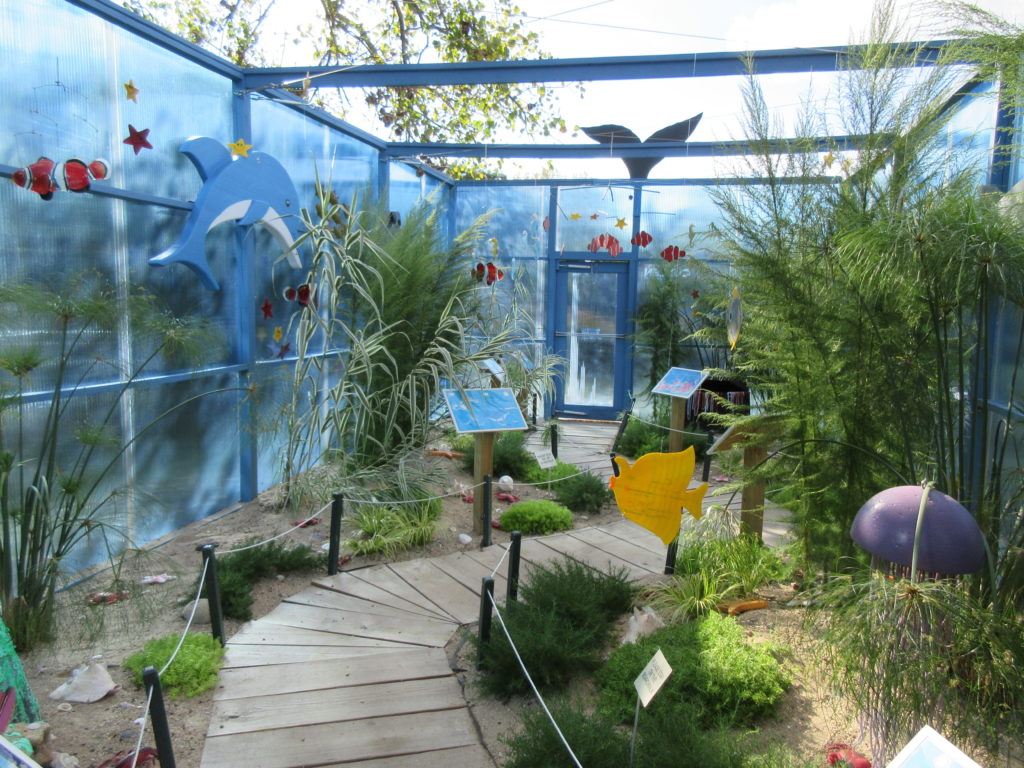 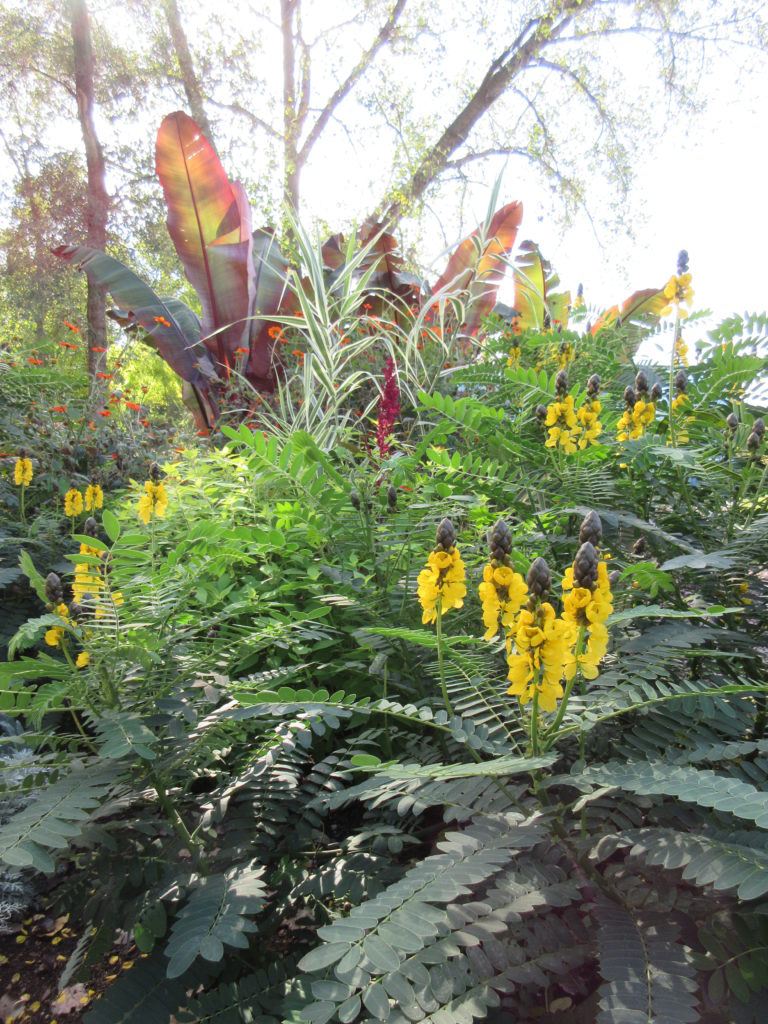