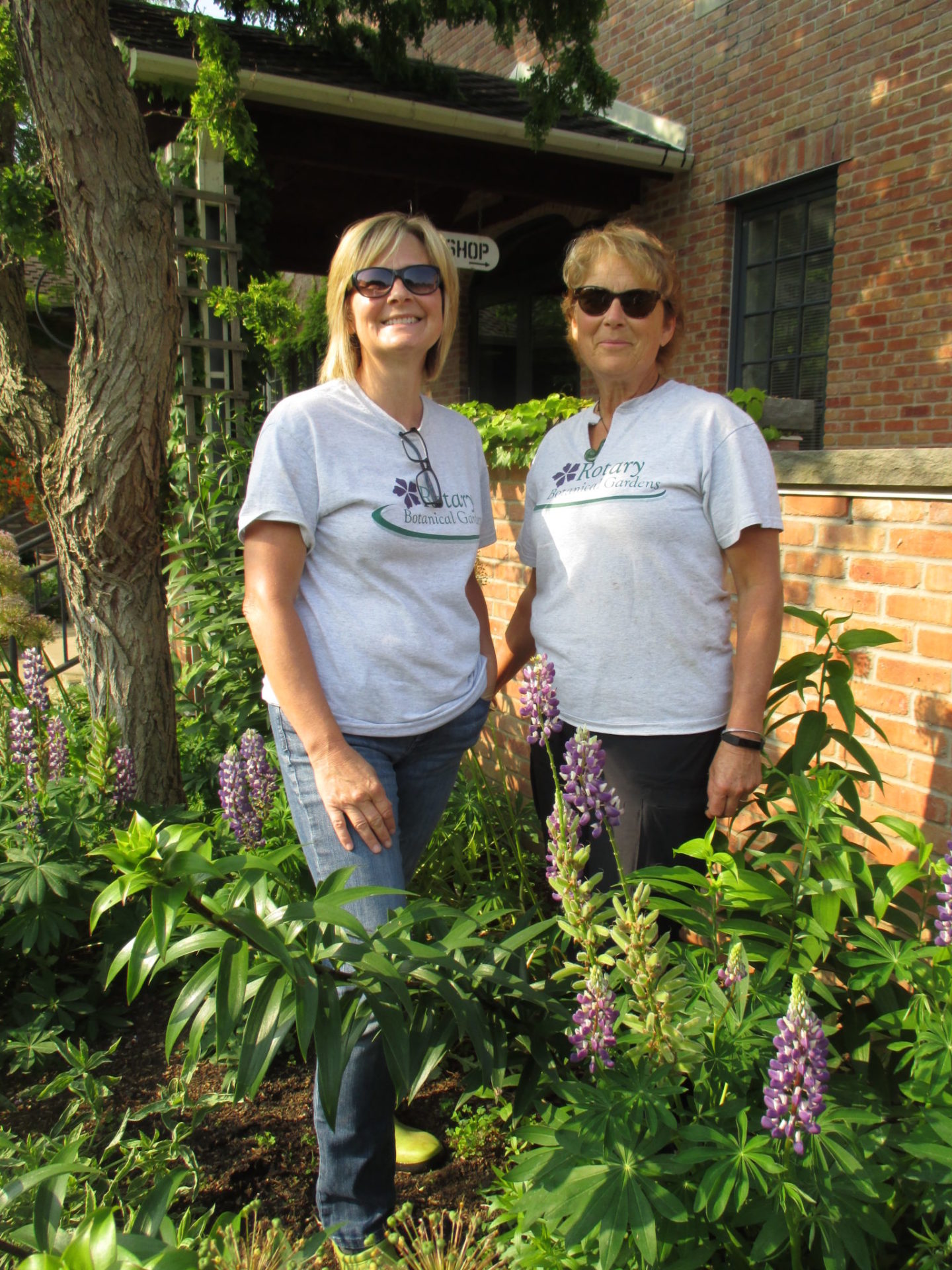 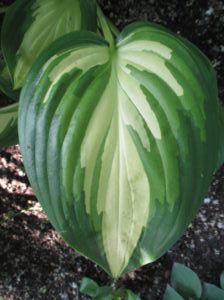 Today ended up becoming quite hot and humid which reminds us that we’re just heading in to summer very soon!  The weather on Sunday was quite mild though.  Nice shot of the ‘Rare Breed’ plantain lily (Hosta) above with excellent leaf detail.  We were back at it today with gardening tasks, watering, planting and some primping out in the Giant Aquarium which was unfortunately the recipient of some overzealous, unsupervised interaction with some children/teens this past Saturday.  It was frustrating to see this garden used as a big sand box so better signage, roping and other less subtle suggestions will be used to guide people through this magical space.

The grounds crew was busy today.  Terry made a road trip for one of our last loads of plants and later he and Big John did some sodding around the Giant Aquarium and moved on to shearing boxwoods (Buxus).  They also had a morning of rototilling and other tasks.  Cindy had some fertilizing and bounced between some areas for serious weeding (which is also a big concern and can’t be overlooked this time of year!).  Nolan and Trevor also had watering, fertilizing and removing dormant bulb foliage in various locations.  Janice continued planting the Heirloom Garden while I continued to haul out plants and organize the yard for imminent planting projects.  It was another great day despite the afternoon heat. 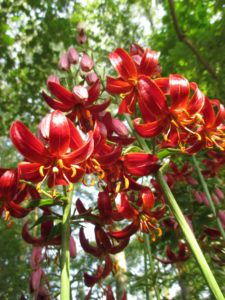 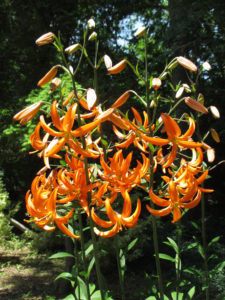 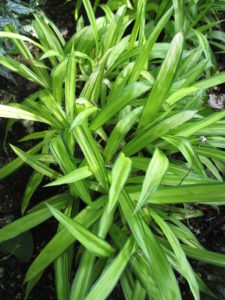 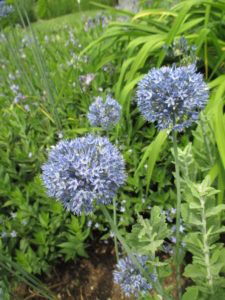 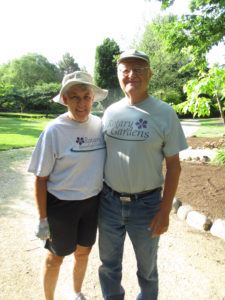 We had some excellent volunteer help today.  Pearl and Don (above) planted their assigned garden area which was about 800 plants or so at the end of the shade garden.  They made a day of it and did an excellent job.  Our weeders included Kathy, Eva, Shirley and Janet M. who worked on three different areas.  Alan and Ron R. were a big help with tent set-up (for our musical event tomorrow night!) and tent take-down in our holding yard.  Alan also helped water and Ron went out to tidy up paths.  Ron Y., Vern, Dave and Jim worked on some Giant Aquarium improvements.  Dick H., Marv B., Steve, Larry O. and his grandson (Hayden) worked on cutting down and dicing up a dead green ash (Fraxinus pennsylvanica) – courtesy of the Emerald Ash Borer.  This was a monumental feat and we’ll finish collecting debris tomorrow.  Larry and Hayden also watered our yard plants.  Dr. Gredler was out mowing and Ron P. continued working on lights repair for the Holiday Light Show.  Marcia and Mirjam put in a full day in the English Cottage Garden (their assigned garden) with lots of plants going in the ground!  Stan and Kristin did some work in the Japanese garden.  Maury ran multiple errands for us and odd some tasks around the gardens.  Dick P. installed memorial bricks and we also saw Gary, Polly, Joanne A., Jim H., Dave K. and many others. 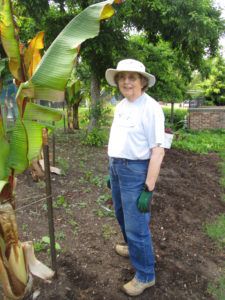 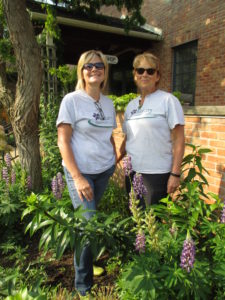 above are Marcia (left) and Mirjam 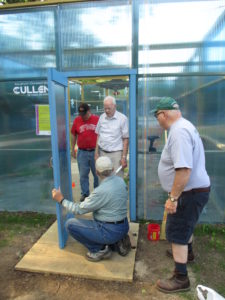 our “Carpentry Quintet” of Vern, Dave, Jim and Ron Y. 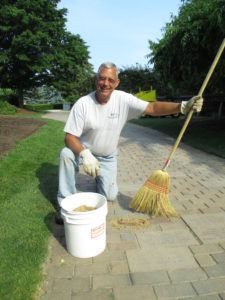 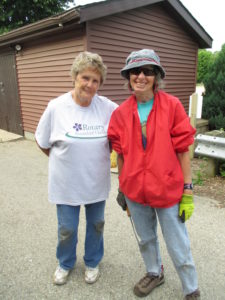 Kathy (nice new haircut to the left) with Eva 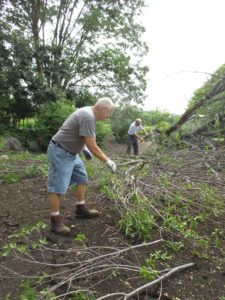 Marv B. (foreground) with Dick P. in the back (and below) 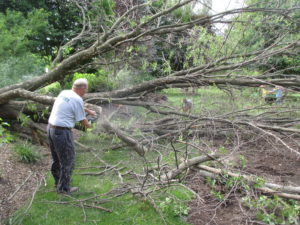 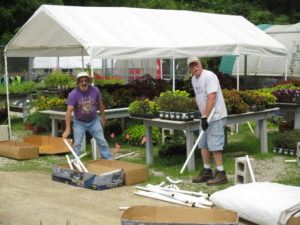 Alan (left) and Ron R. (look closely at their expressions…) 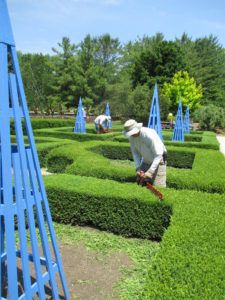 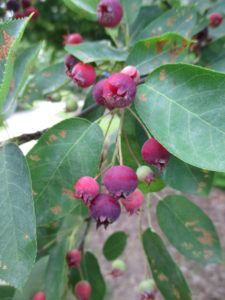 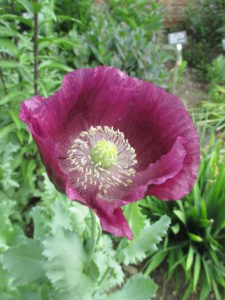 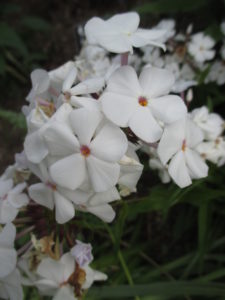 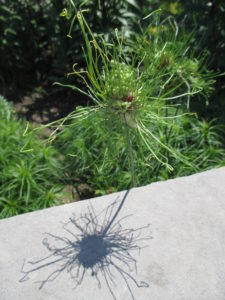 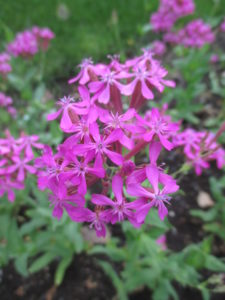 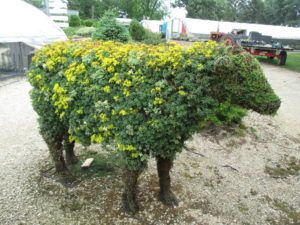