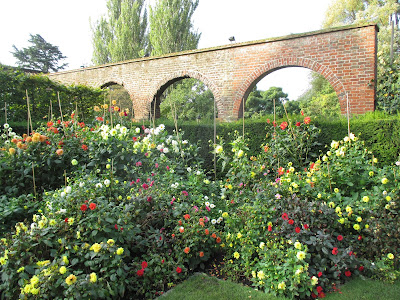 Today started early with a walk to Holland Park which was Southwest of my hotel and well worth the 40 minute walk!  This 54 acre park was already heavily used by joggers, walkers (and dogs) this morning. I enjoyed the dahlias (seen above) and always like these over-sized chess sets (below) whenever I see them!  While many of the gardens were past peak or had been cleared of annuals, the Kyoto Garden (built in 1991) was excellent (see further below).  Holland Park and the gardens contained within were excellent and I then took a route back through different neighborhoods (including where many of the consulates from other countries were situated) and ultimately through Hyde Park again where I ran in to the Royal Parks Foundation Half Marathon which was starting and ending in the park.  It made for an interesting timing issue of finding a gap to run through (three times!)! 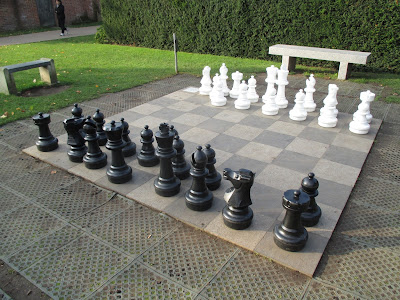 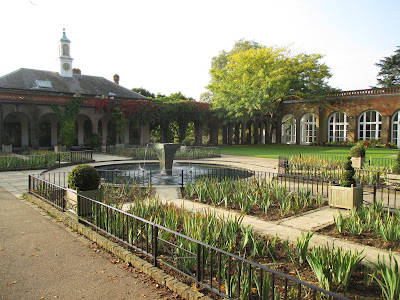 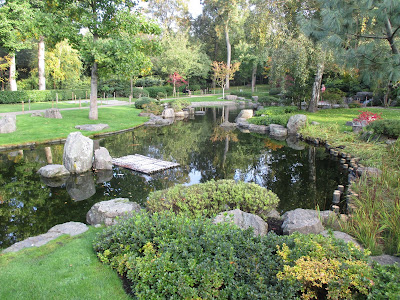 Kyoto Garden (above and five photos below) 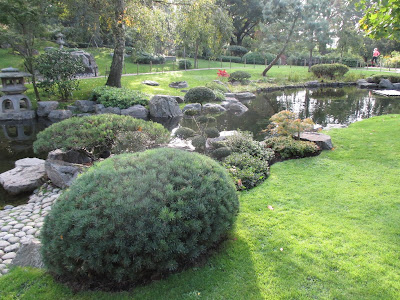 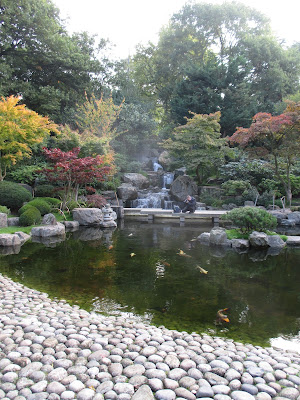 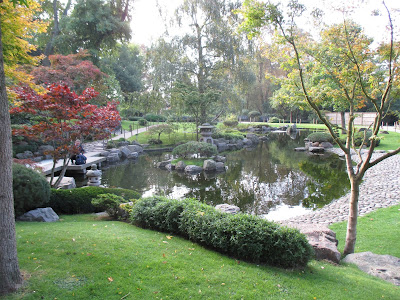 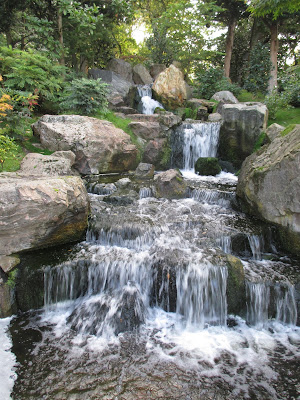 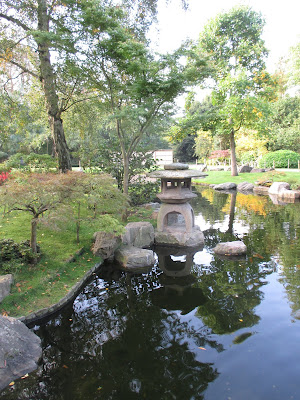 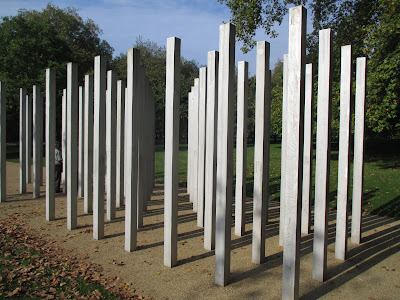 In Hyde Park, this is a memorial (stainless steel posts with names on them) for the 52 people killed in the 2005 London Bombings 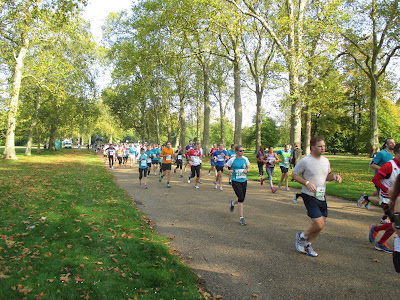 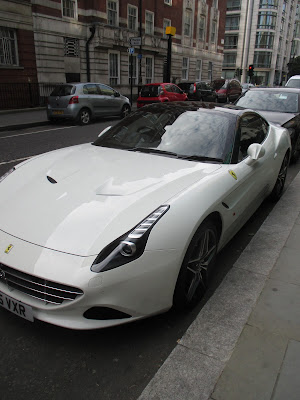 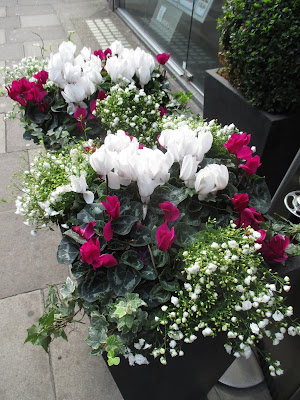 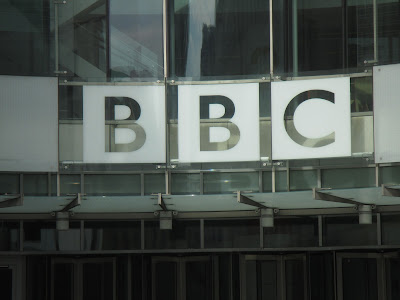 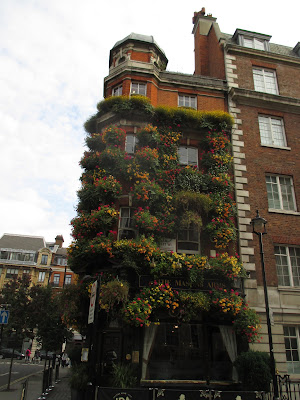 that’s a lot of containers to water on this pub! 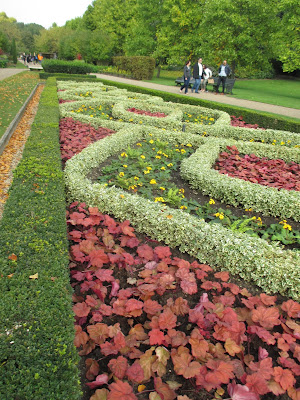 After Hyde Park, I headed north to Regent’s Park which was recommended to me in terms of having some nice gardens.  I was not disappointed.  The formal beds (above and below) still had color and many people were out enjoying this 395 acre garden.  Regent’s Park also contains Queen Mary’s Gardens which were the highlight of the day with 12,000 roses (400+ varieties) still looking pretty good and all sorts of other things to see.  Interesting that the toilets in the park were 20 pence to utilize.  With the conversion to US currency, that 31 cents I spent twice was well worth it!   I walked back to the hotel on Baker Street and past the Sherlock Holmes Museum which had such a long line, I passed on that experience and simply zigged and zagged back to the hotel.  Despite the vast urbanization in London, the efforts for greening and color are admirable and apparent.  This ends my postings from the UK.  The next blog will be from Rotary Botanical Gardens in Janesville, Wisconsin some time this week!  Looking forward to seeing my family again soon. 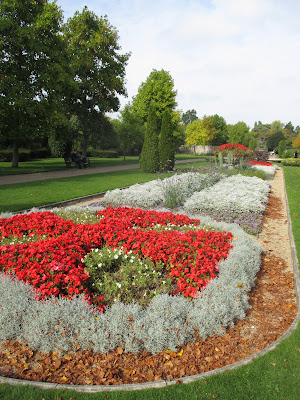 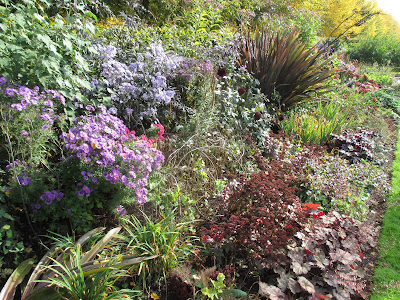 Regent’s Park (above and seven below) 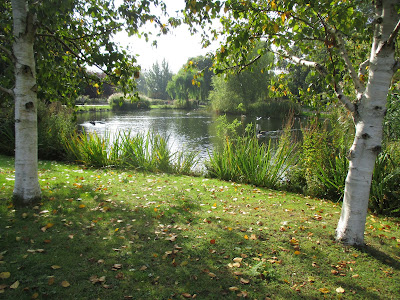 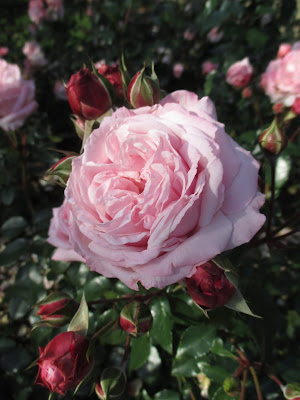 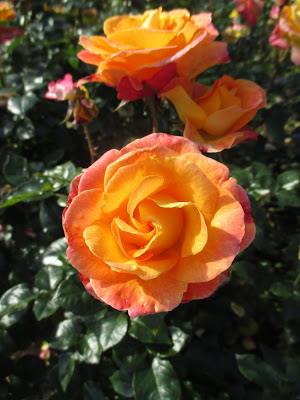 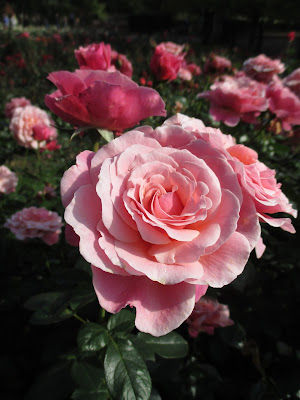 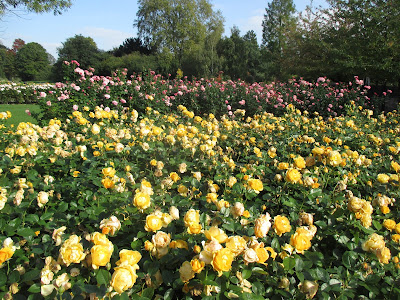 many of the roses still looked great! 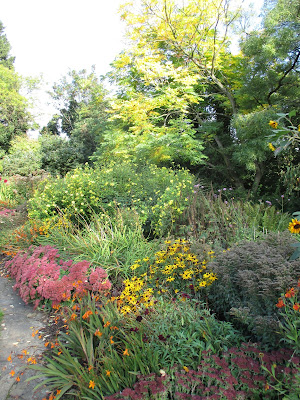 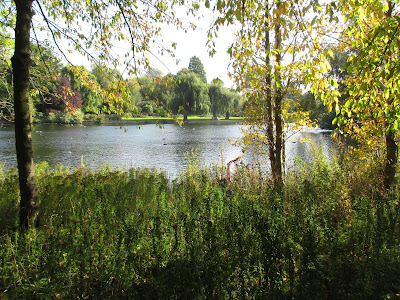 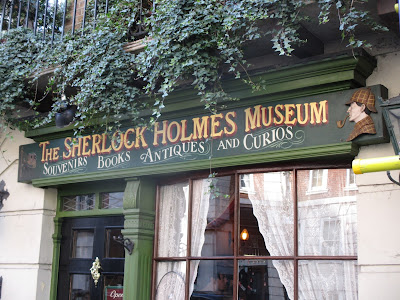