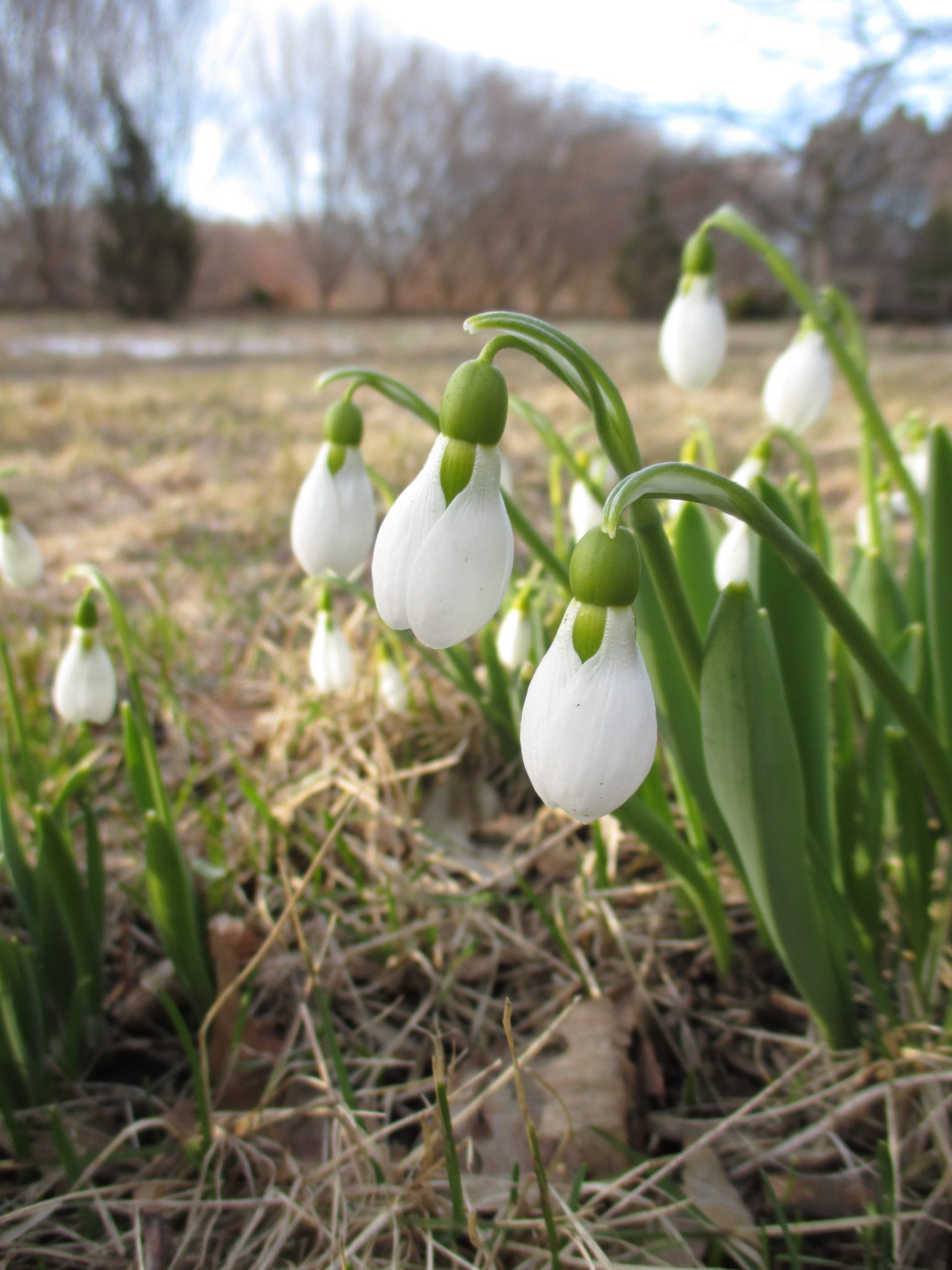 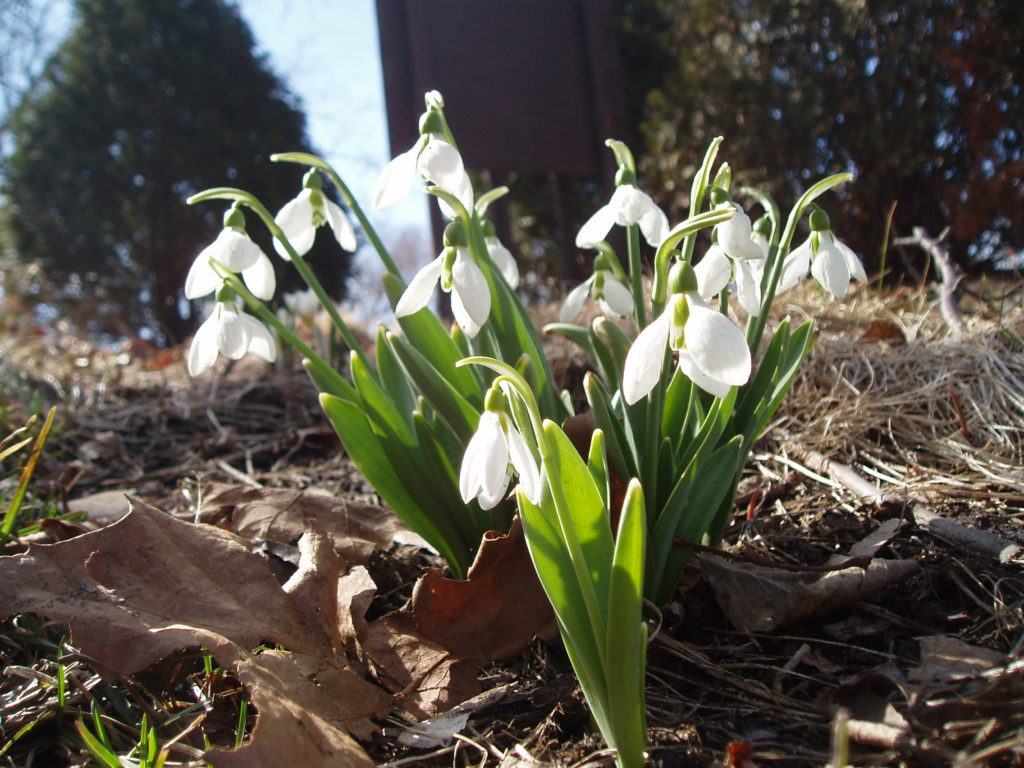 I’ve always enjoyed seeing snowdrops (Galanthus sp.) bloom in late winter and early spring.  Some might argue that the brighter coloration of early bulbs like crocus, winter aconite, Siberian squill and others are more pleasing to the eye after a hard winter but the crisp white of snowdrops is just as engaging (and welcome!) in my opinion.  With our snowdrops just starting up at the gardens, I thought I’d share some previous images of this neat bulb throughout this blog.  While there are 20 species of snowdrops (in the Amaryllidaceae family), the most commonly grown selection is Galanthus nivalis.  I think we likely have 5,000 or so of these at the gardens and I’d like to incorporate many more in the future.  The Latin name comes from the Greek for “milk flower” and these gems are native to Europe and the Middle East.  This fall planted bulb (plant 3″ deep and 2-3″ apart) has become widely naturalized in some areas of the world and is quite popular in the UK where visits to “Snowdrop Gardens” are promoted annually based on peak bloom time.  This early bloomer features six “petal-like” tepals in two whorls.  The inner tepals typically have green markings.  There are some commonly available species and selections out there including a double form (seen in this blog).  We’ve seen it start blooming as early as late January and as late as early April….all depending on how Mother Nature warms things up!  We had a great day at the gardens with Larry H., Big John, Cindy, Terry, Kathy P. (gardening), Dick H. (drinking coffee), Eva and Dr. Gredler (planting).  We continue to dismantle and process the Holiday Light Show (HLS) daily. 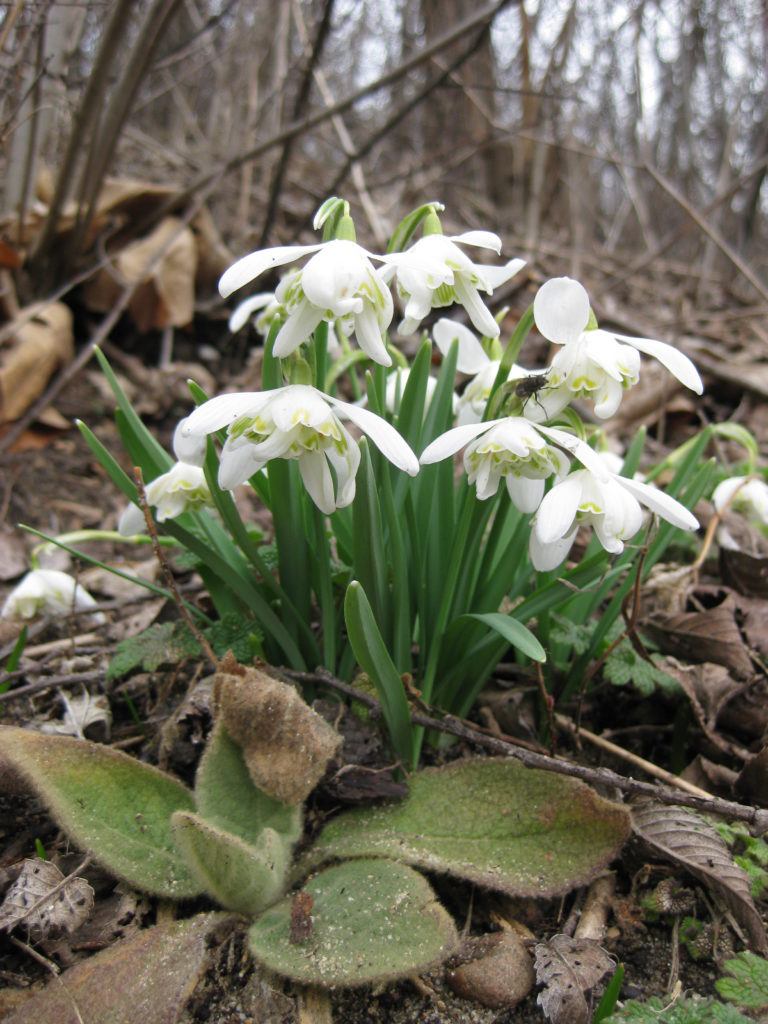 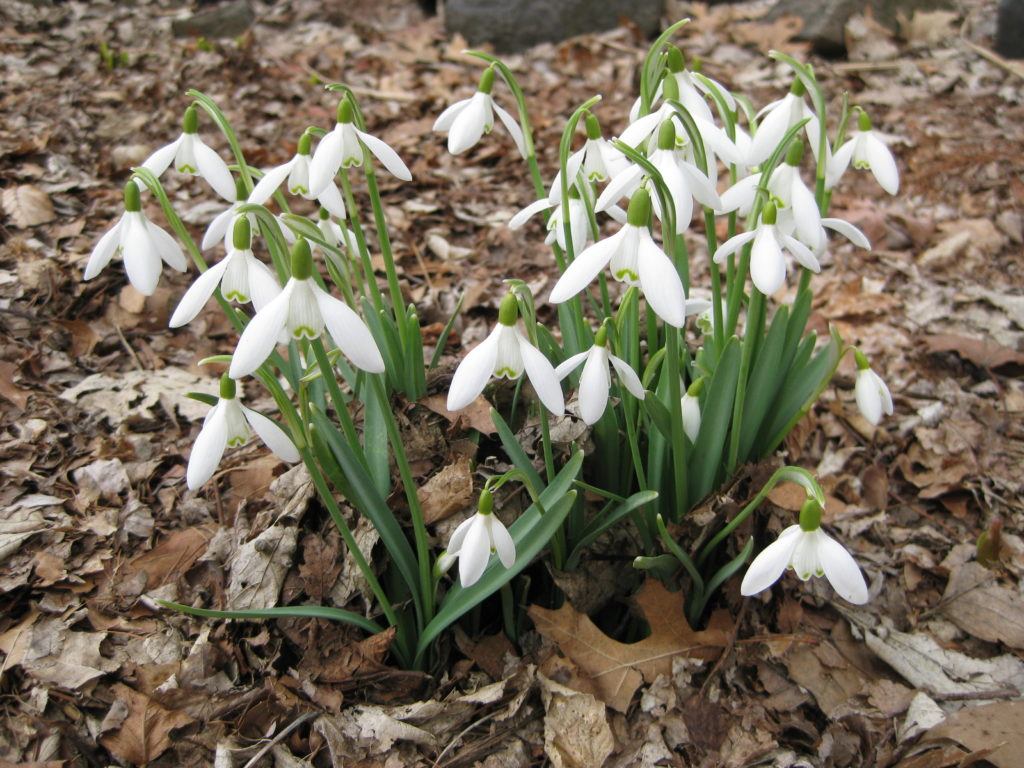 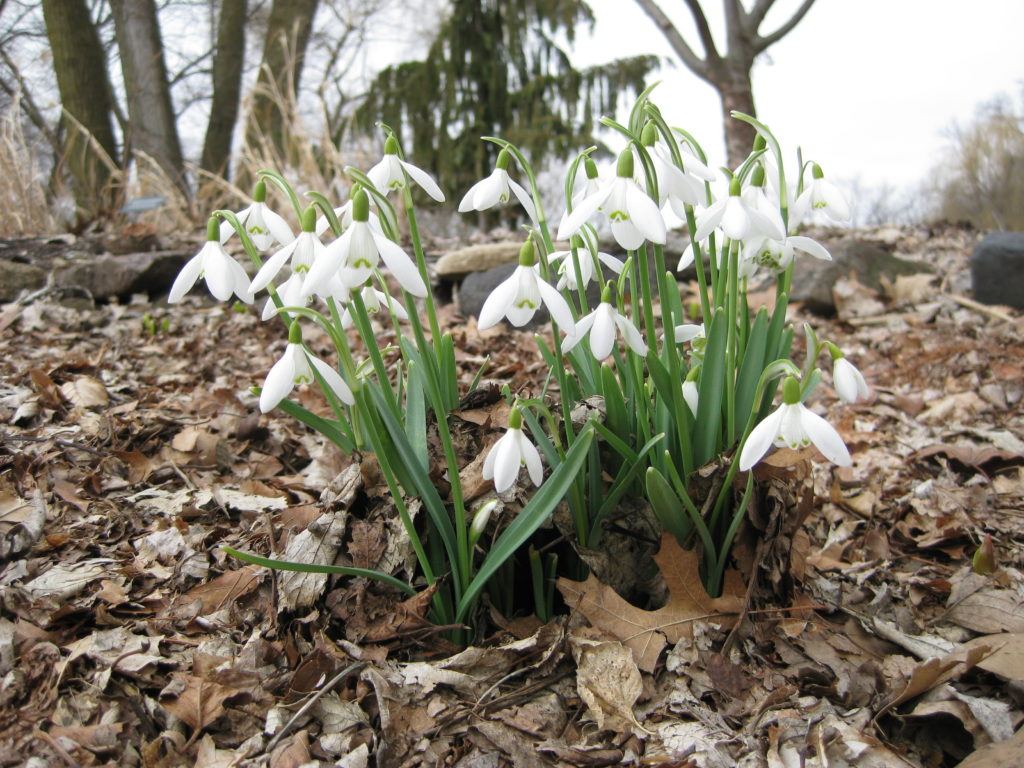 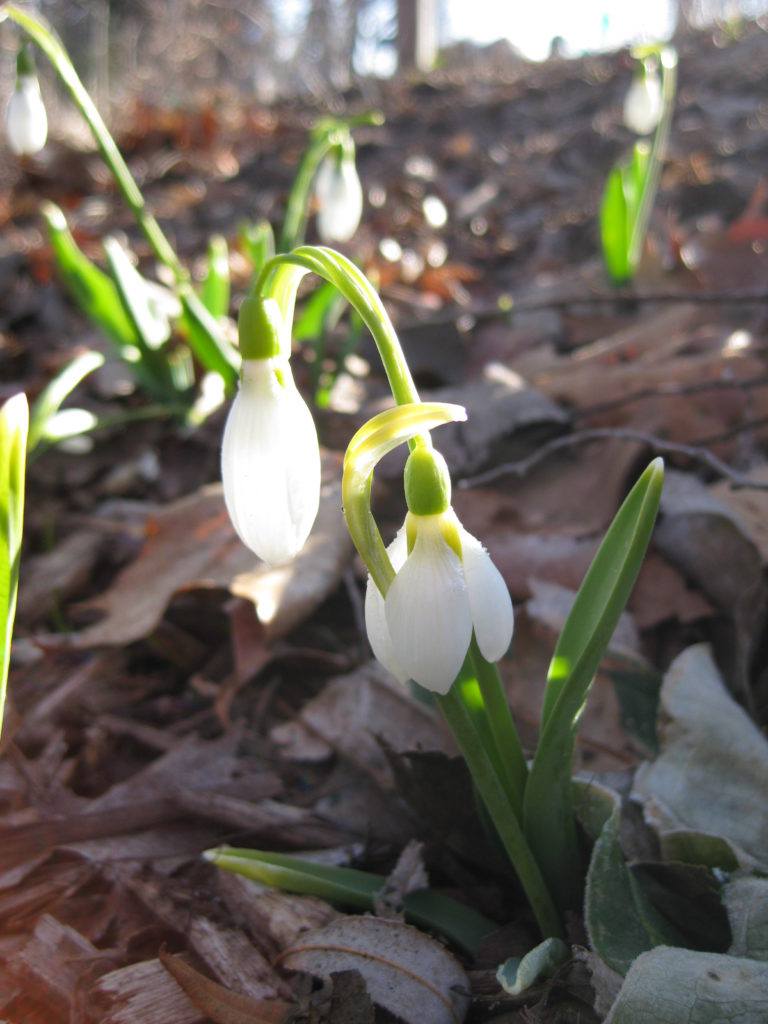 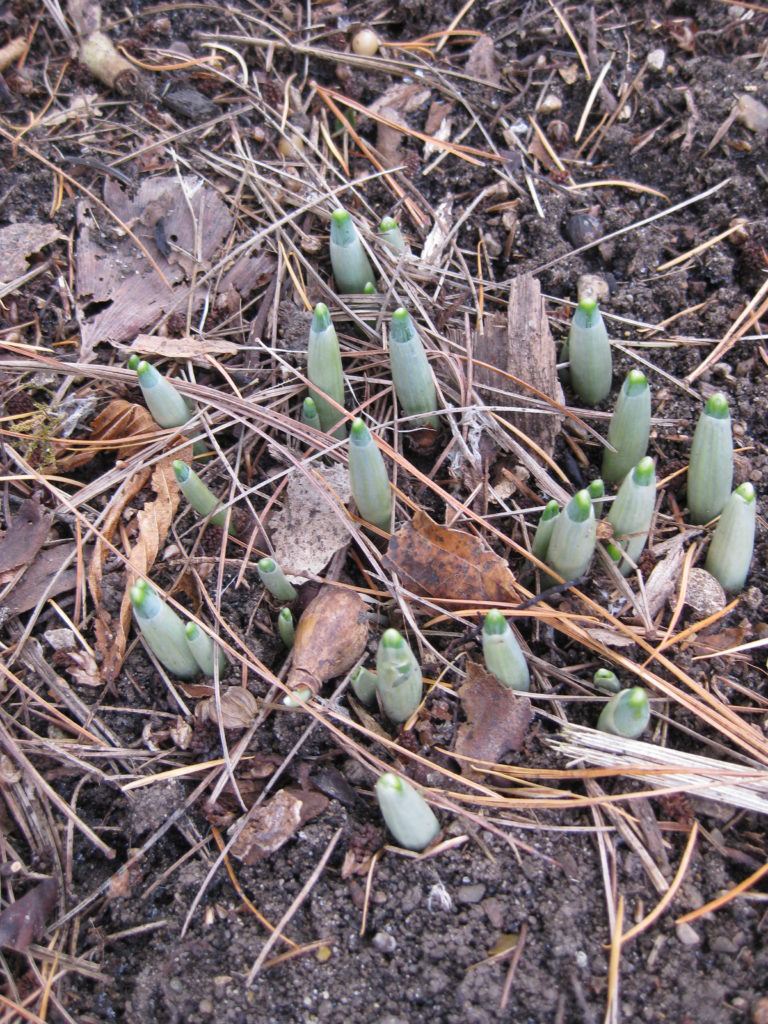 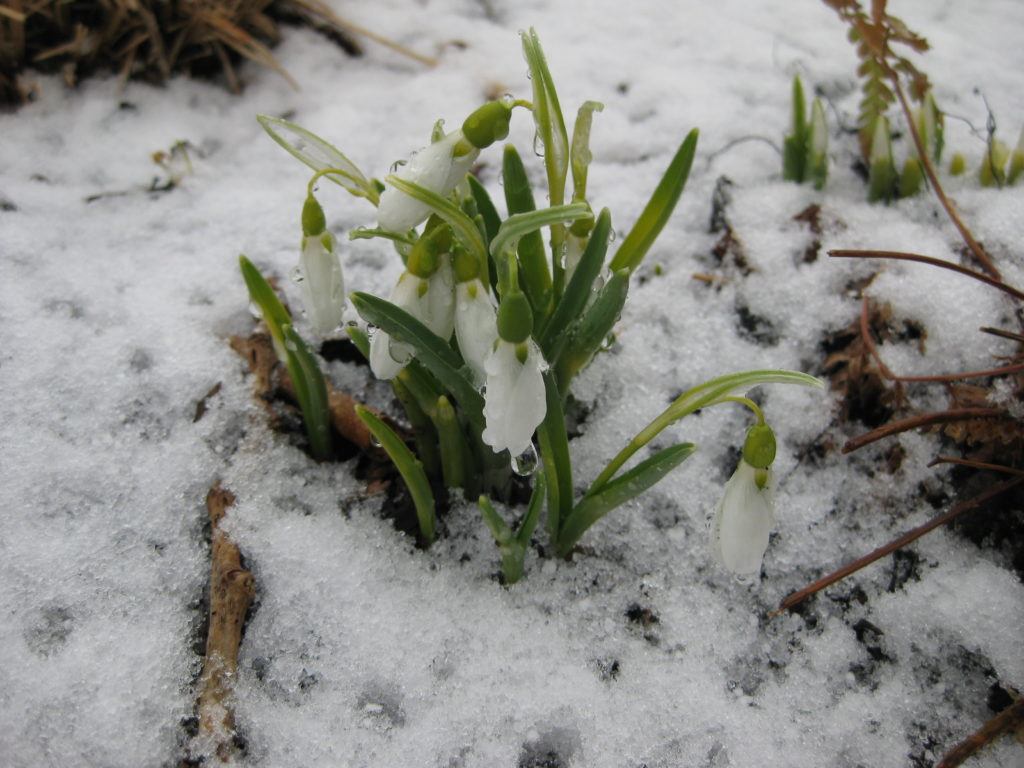 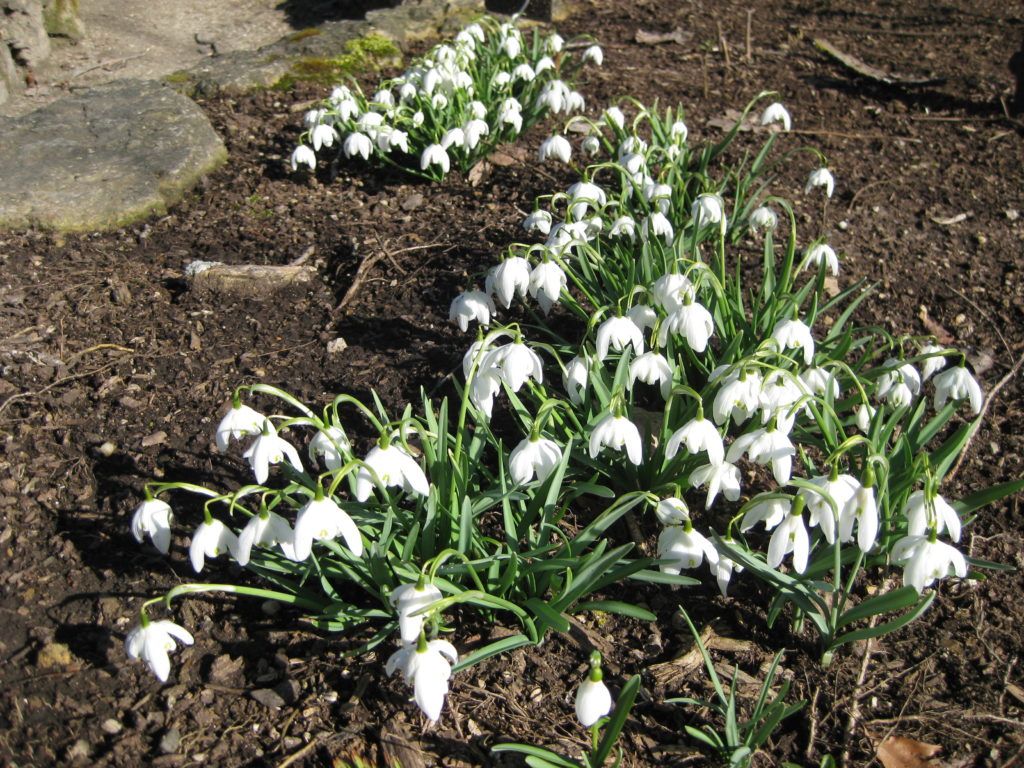 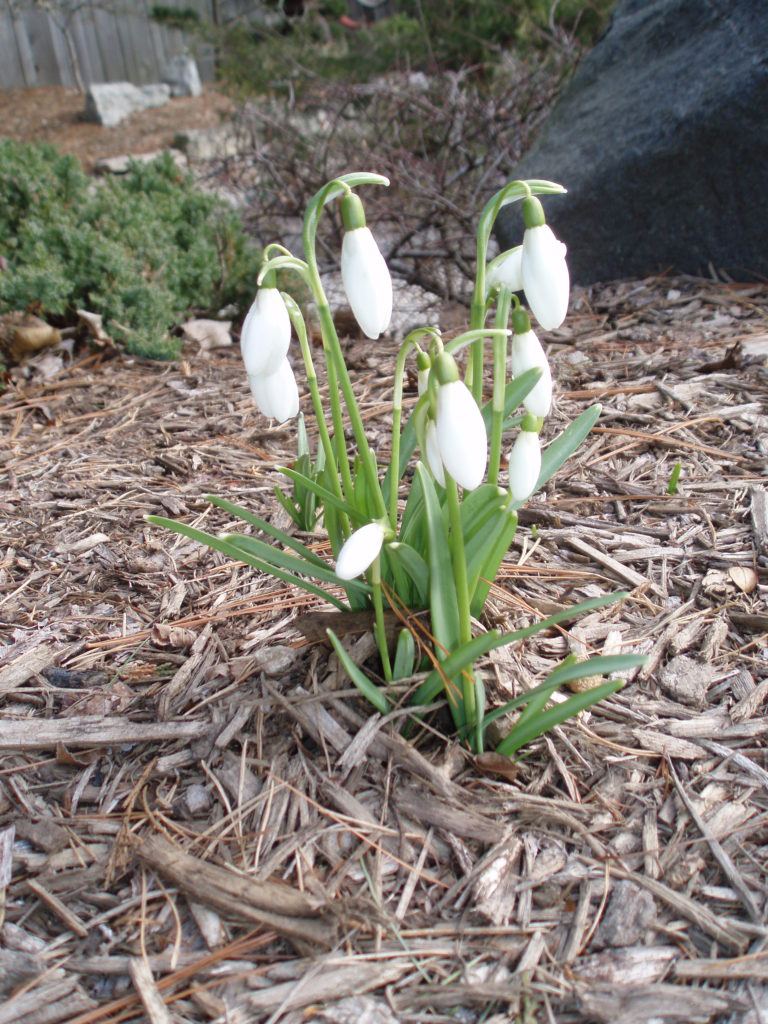 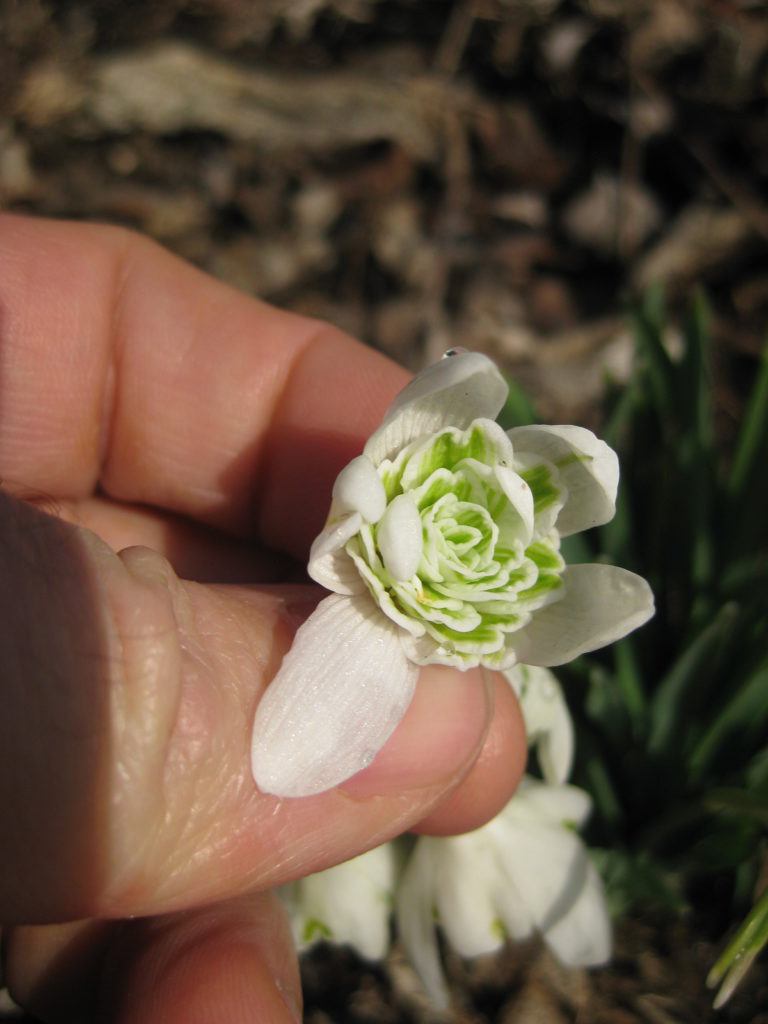 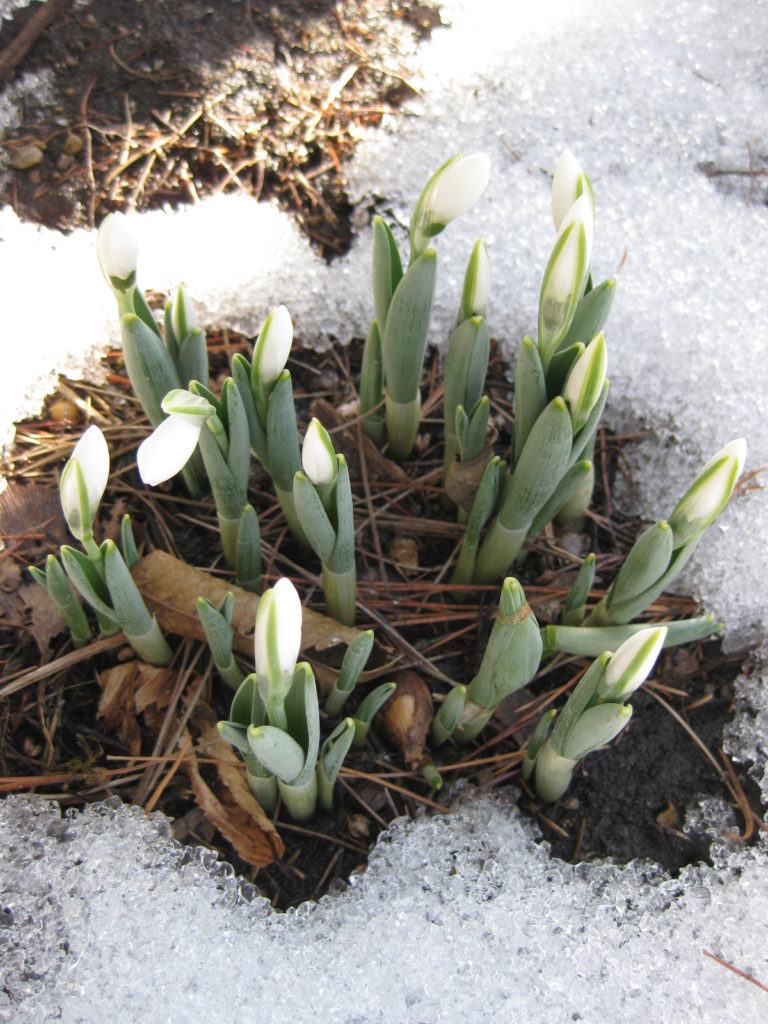 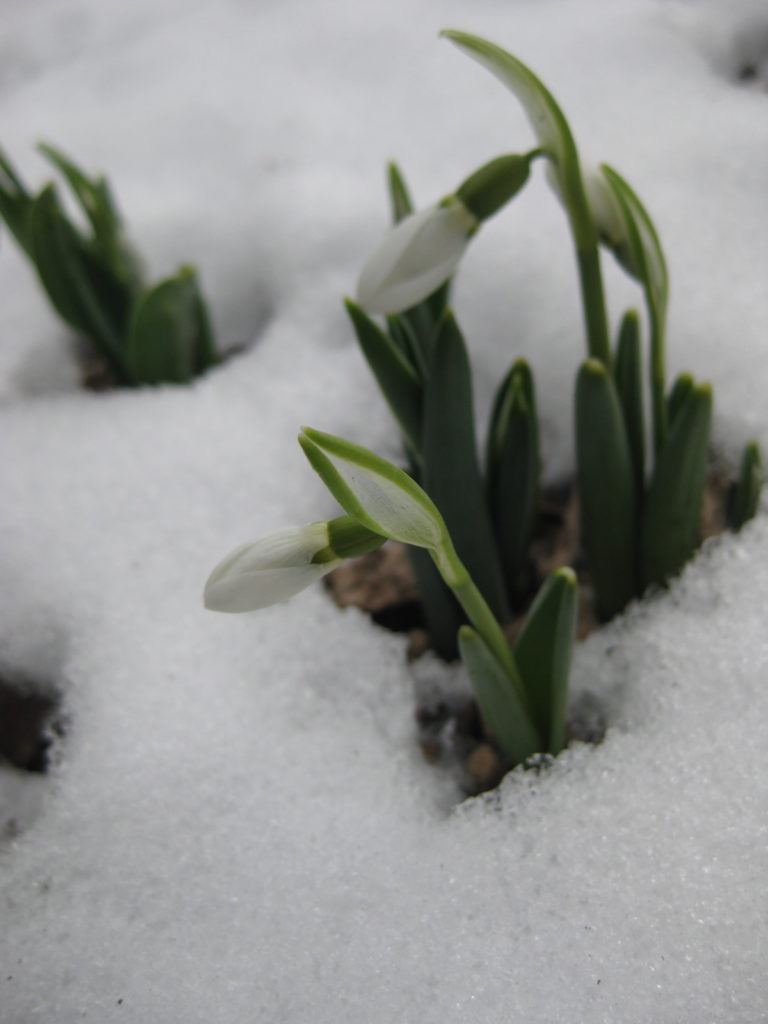 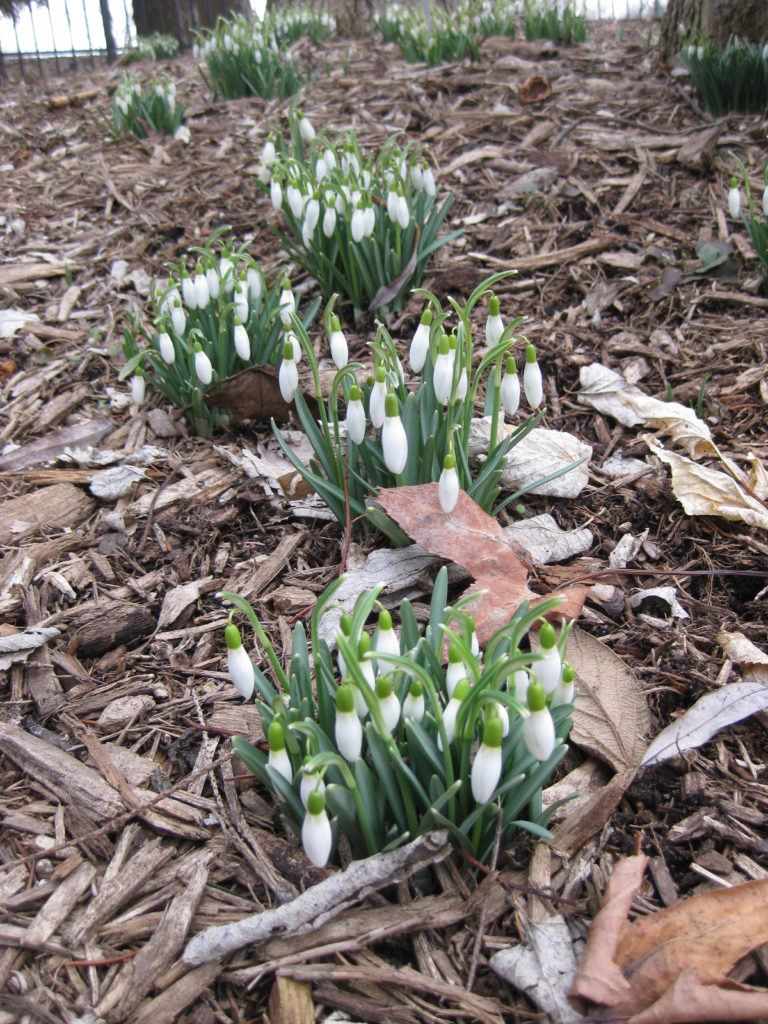 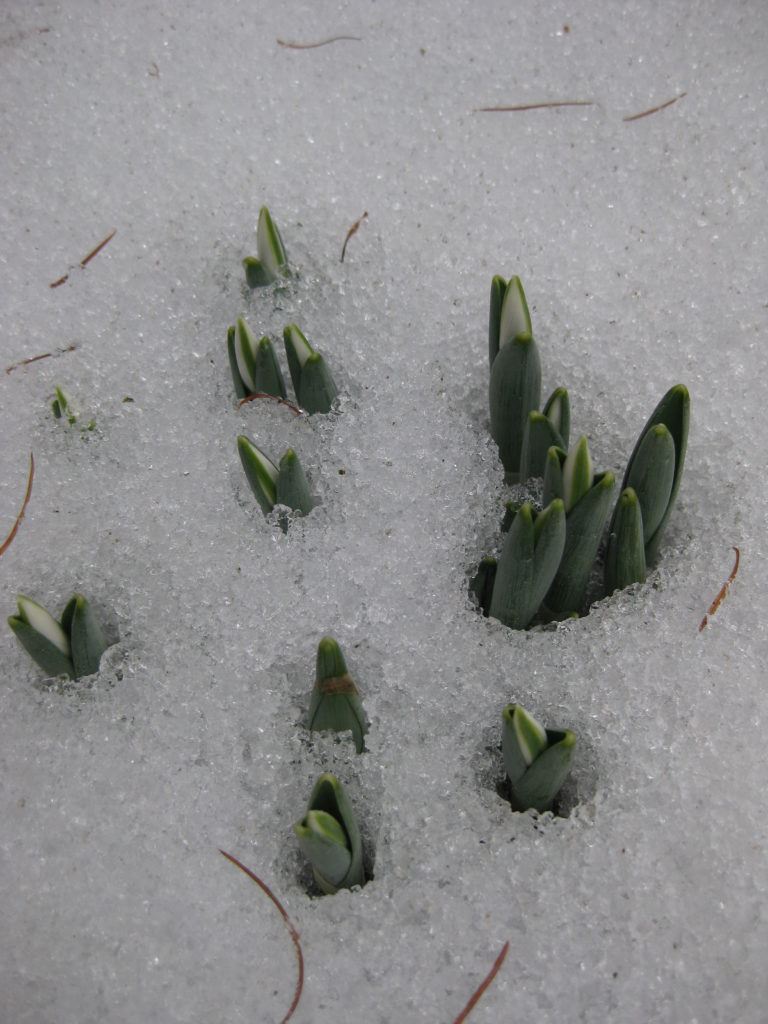 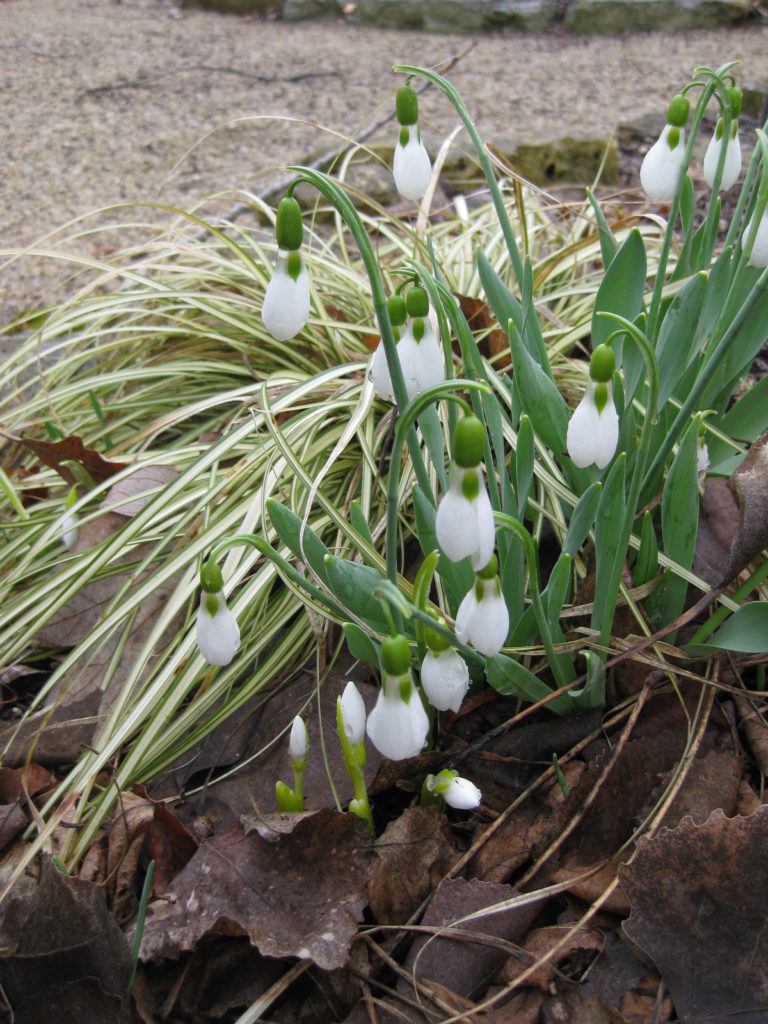 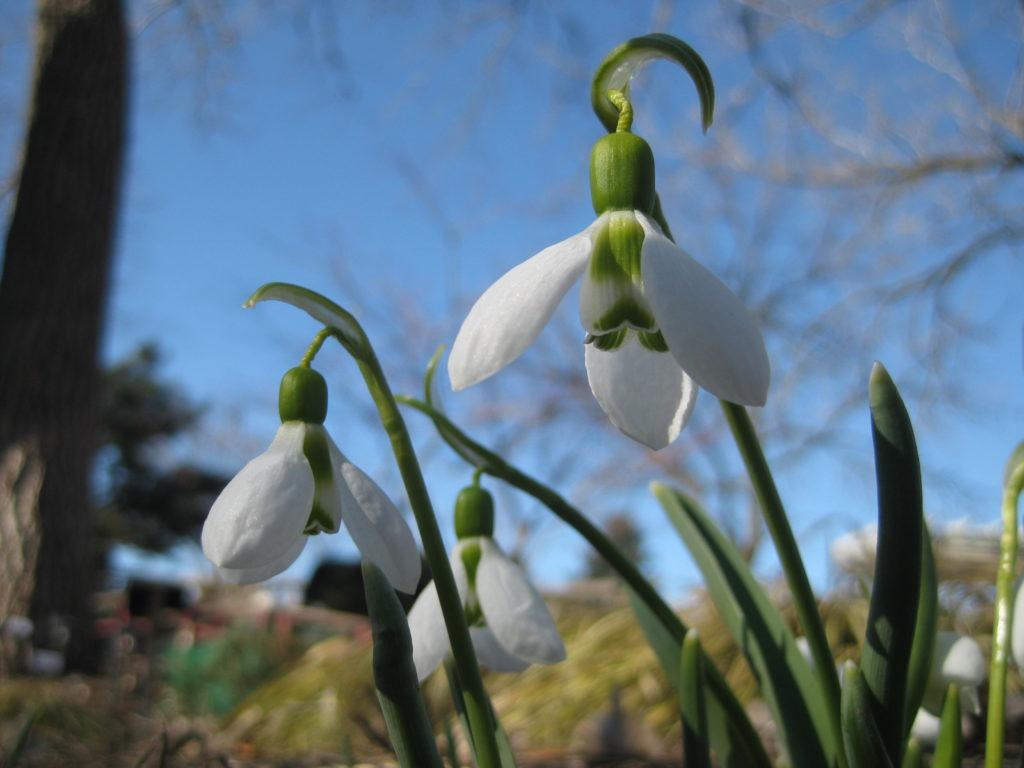 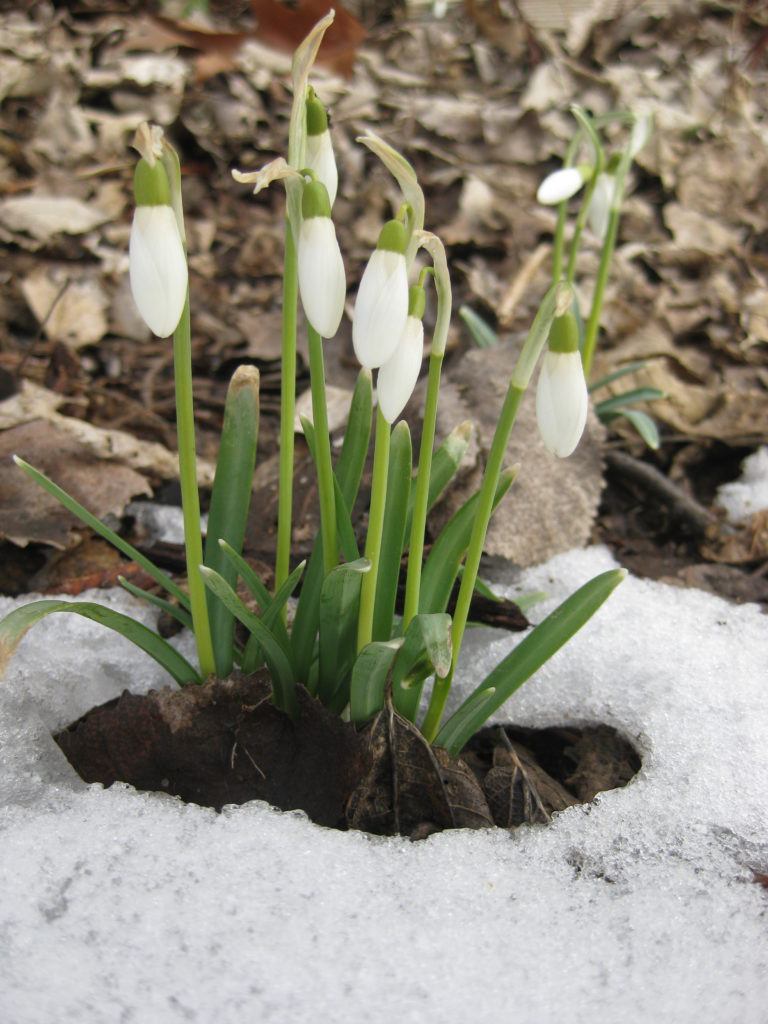 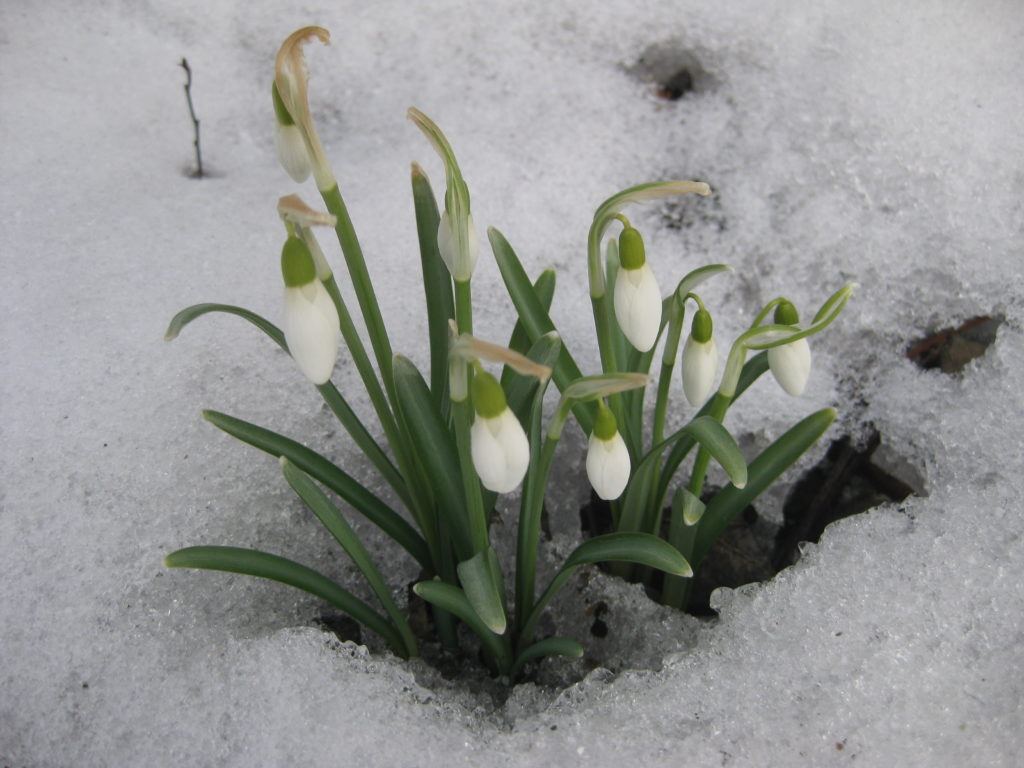 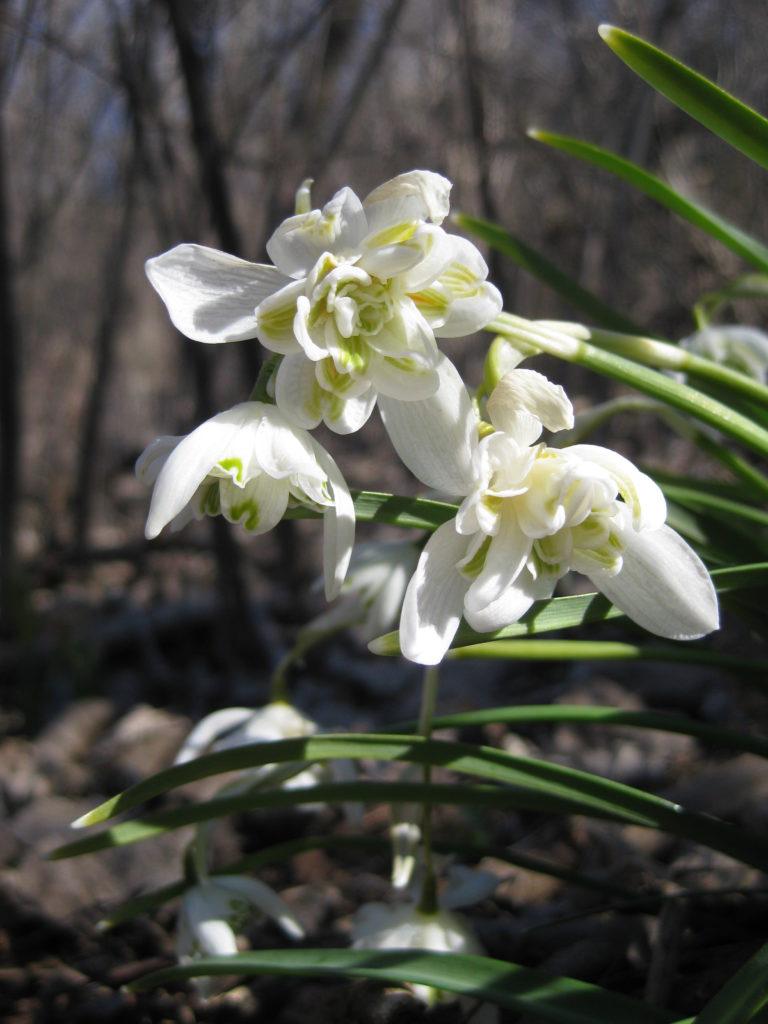 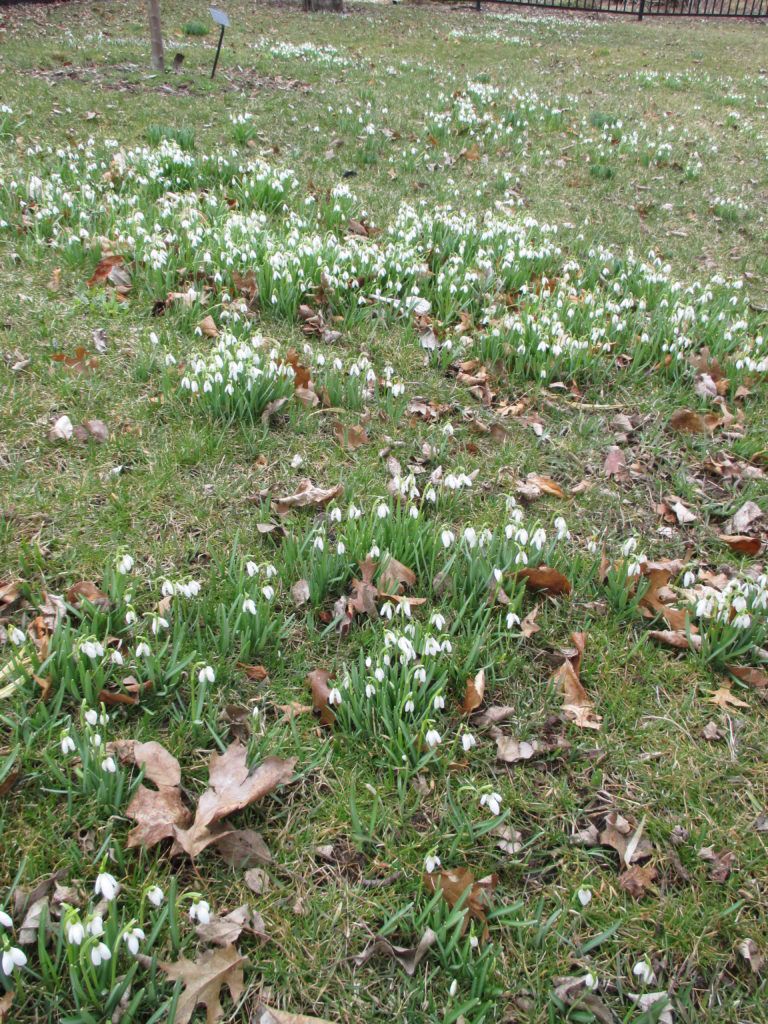 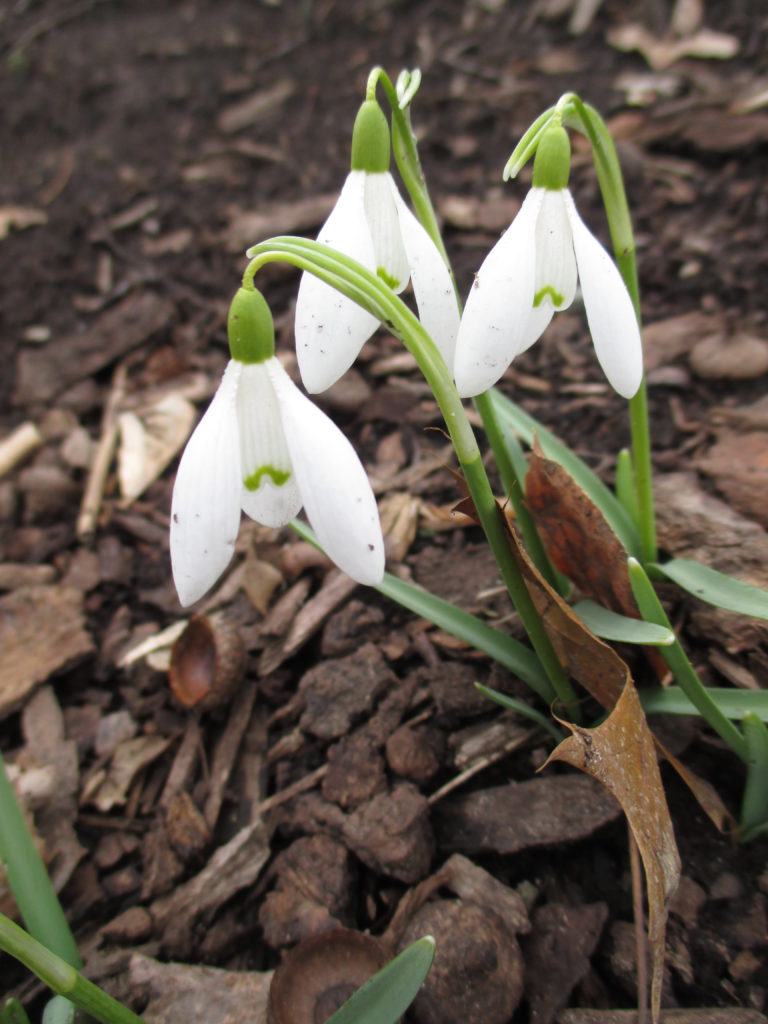 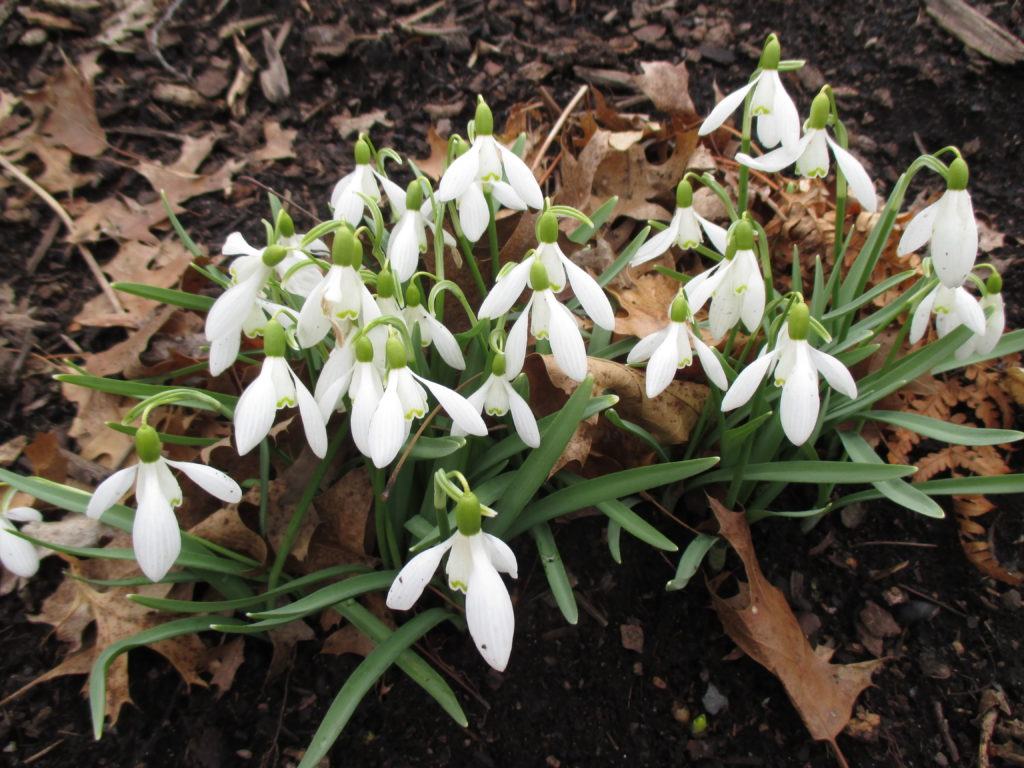 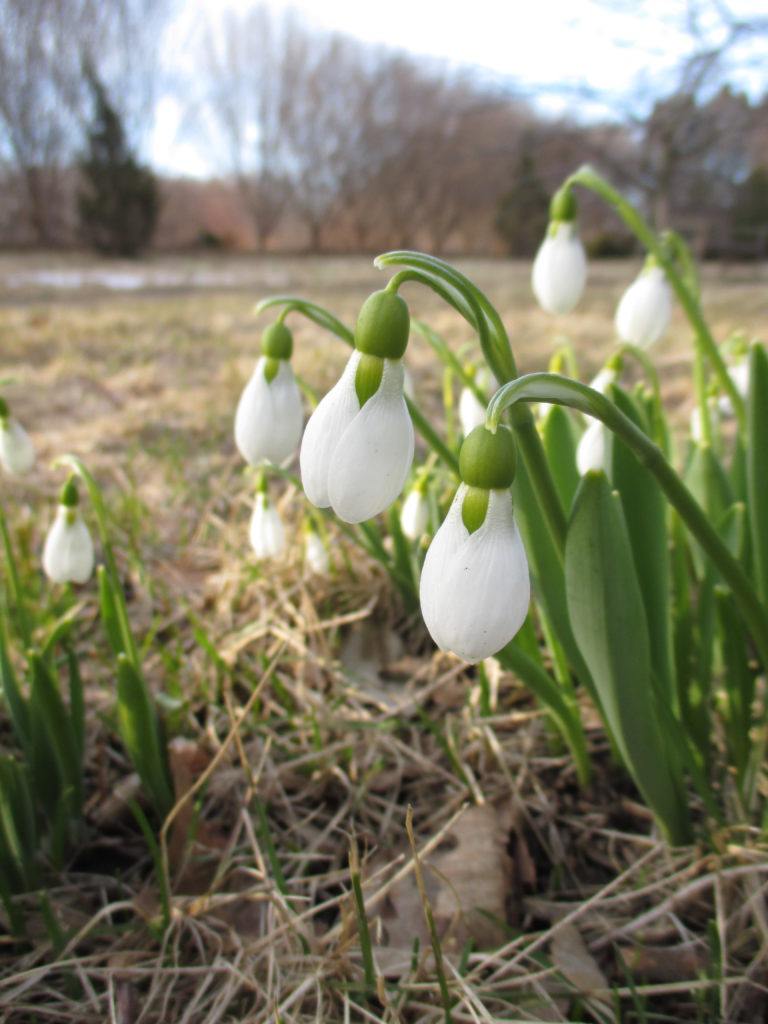 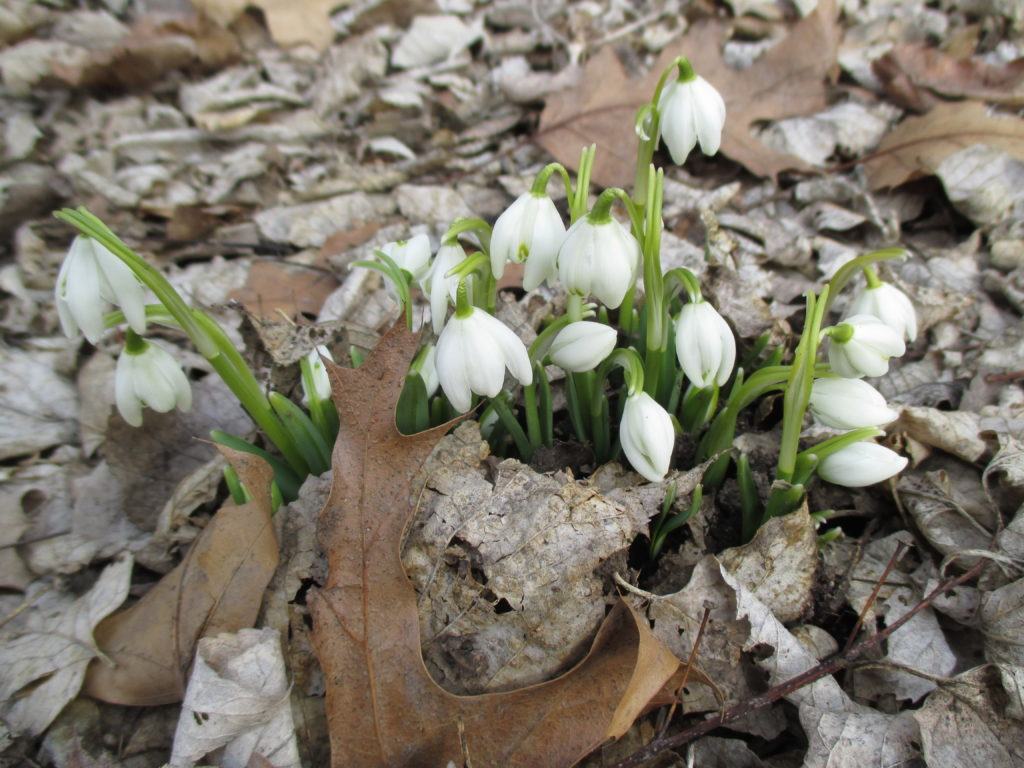 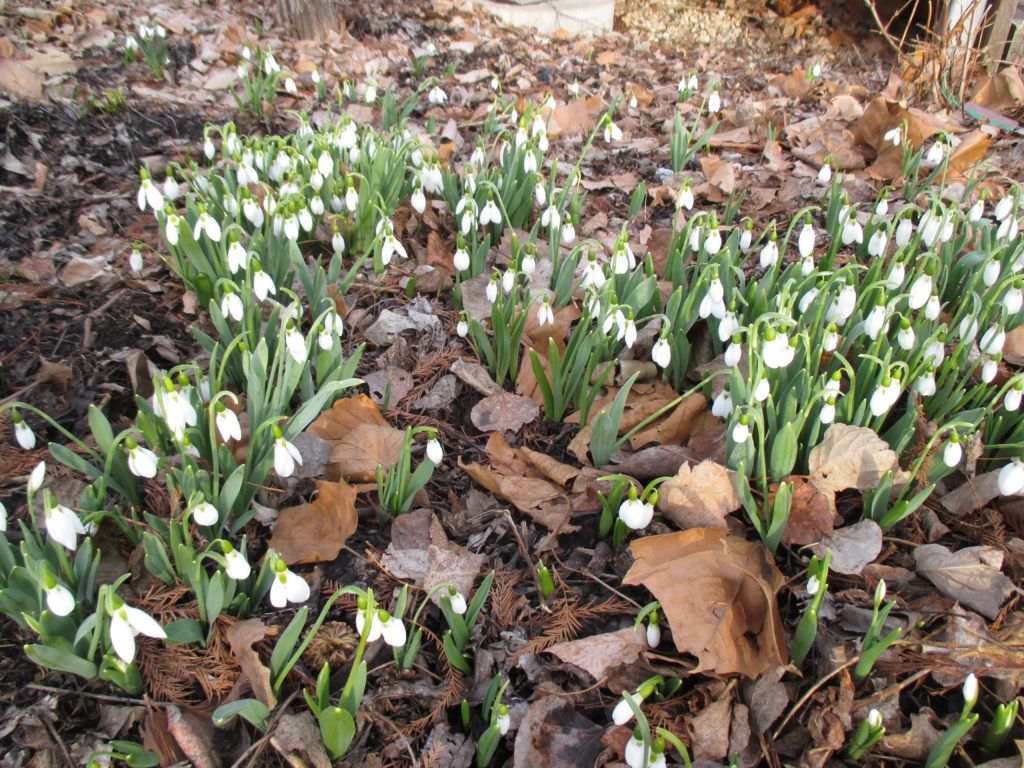 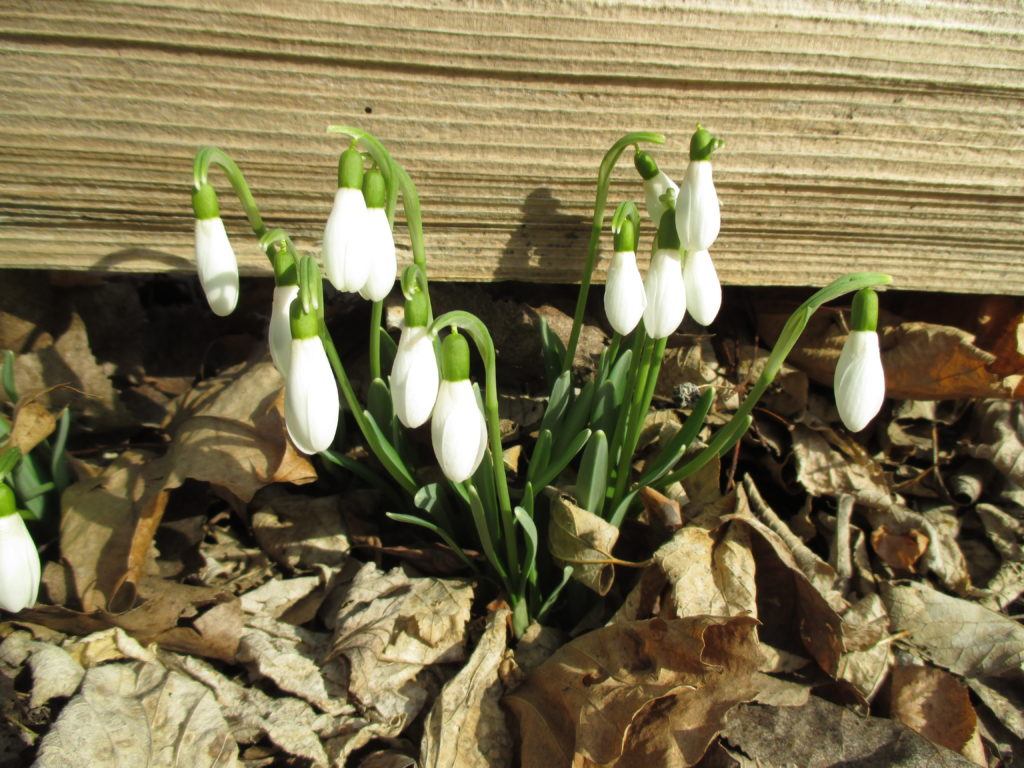 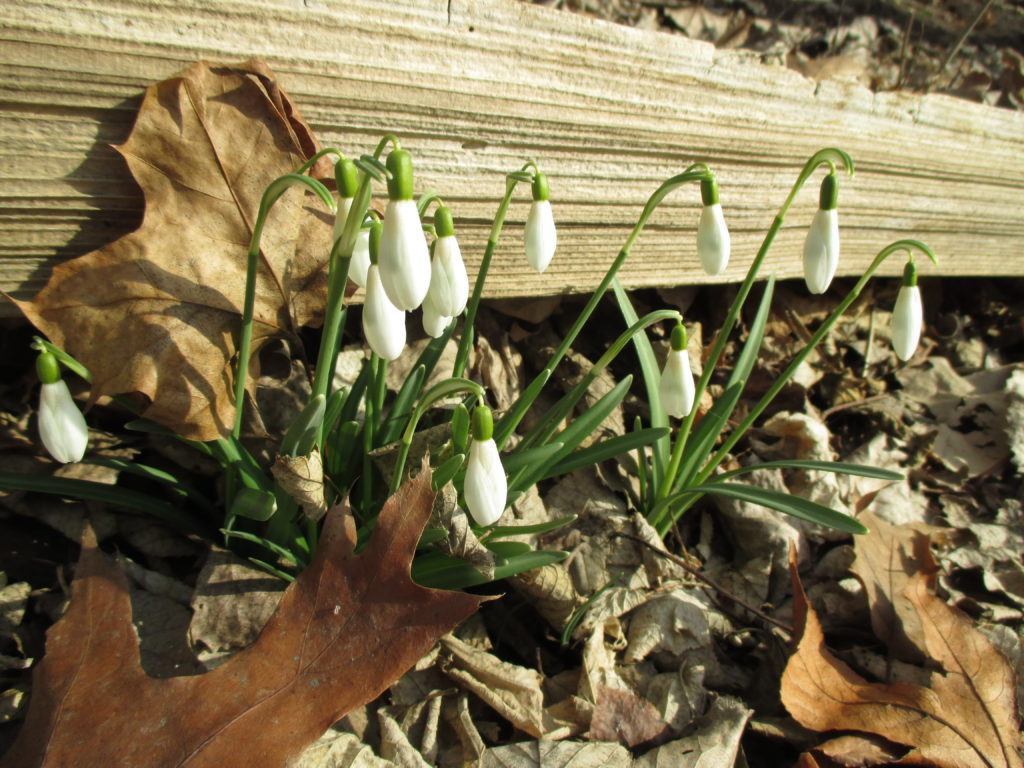