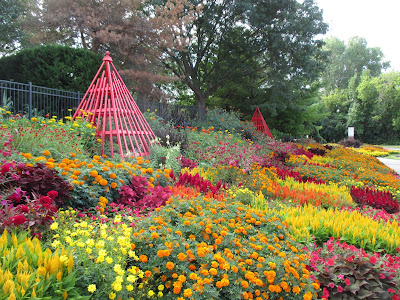 I feel our entrance garden is at peak with the reds, yellows and oranges blending in quite well throughout that space as well as the terrace garden behind the Parker Education Center.  These photos were all taken this morning!  This is the time to see it if you haven’t yet done so!  Unfortunately the small chance of rain today only amounted to a couple sprinkles but we were poised to do lots of watering any way and everyone had significant watering duties throughout the day.  We had a nice turnout of volunteers today and I was excited to see so many visitors enjoying the gardens. 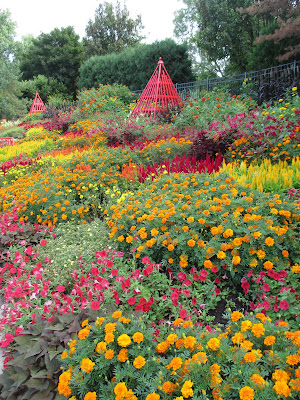 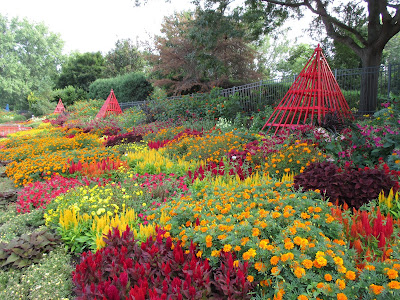 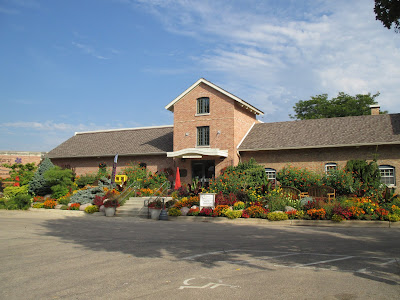 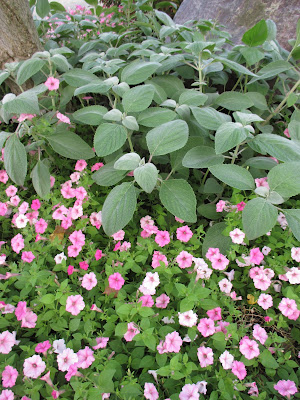 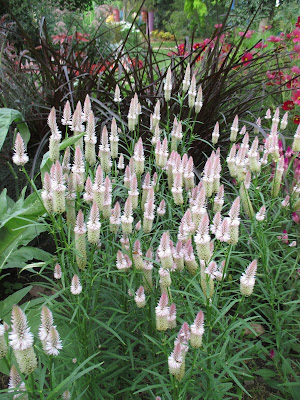 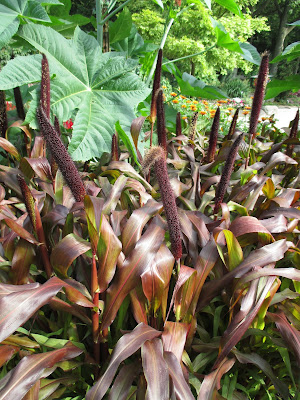 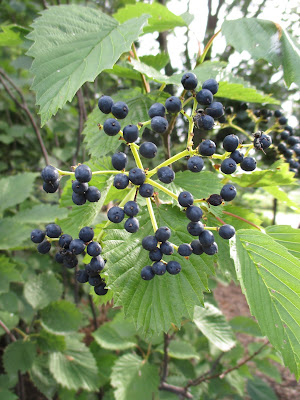 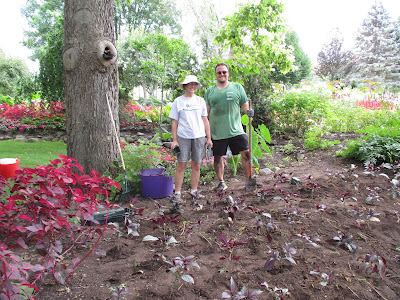 Dr. Gredler and Bill O. were in for their mowing rounds.  Wes (above) came in to cut back some bleeding hearts (Dicentra spectabilis) and then planted some Persian shield (Strobilanthes dyerianus) in that same space.  He’s seen above with Janice who gave him an orientation and tour as a new volunteer.  Eva weeded in the entrance garden and Kay later joined her in the same space along Palmer Drive.  This frontage bed had plenty of weeds and the ladies did a nice job in that area which is “front and center” for visitors as they arrive.  Marv B. came in to work on his moss and Jumbo Jim brought in four RECAPPERS for all sorts of work.  I gave a tour for four folks (see below) from a garden center in Black River Falls, WI and we had a blast.  I had met two of them (Erin and Matt) at a conference this past January and was happy they made the trip!  Larry and Terry stopped by and it was good to see those guys.  Maury and many others stopped by as well.

Our grounds staff had plenty of watering duties but were able to accomplish other tasks as well.  Big John ran irrigation, set up sprinklers and had some other odd jobs.  Trevor worked on his push mowing duties and spent the rest of the day watering.  Cindy had lots of watering to do including containers.  She also did some tidying work and bounced between many different tasks.  Janice also watered, tidied, did the cutting display, worked with Wes (above) and is also preparing for our Gardening As Therapy symposium next Tuesday.  I was able to spray herbicide, gave my tour, continued moving sprinklers and have plenty of desk work to accomplish too.  It was another great day. 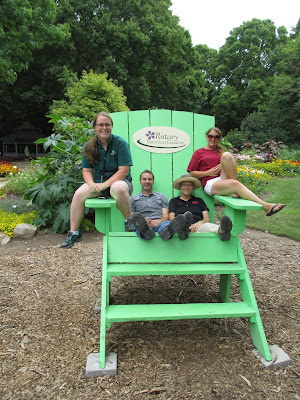 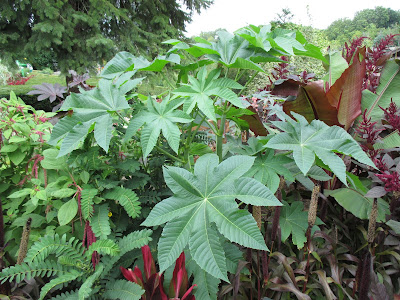 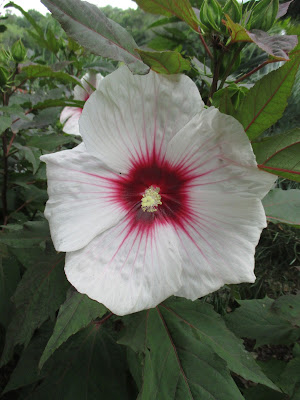 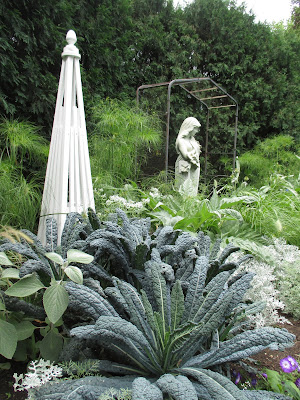 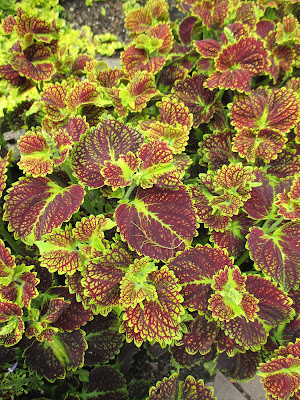 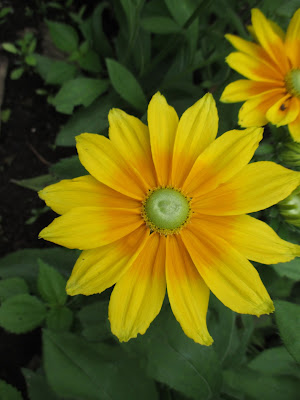