Beautiful Today – But Need Some Rain! 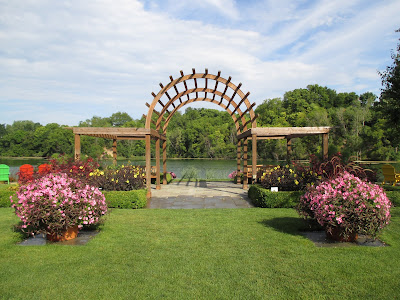 Today was another beautiful sunny day in the upper 80 degrees F and it was nice to see so many visitors.  Unfortunately, they had to avoid our irrigation, hoses and hand watering efforts as we’re struggling to keep up with this dry spell!  There may be some rain tomorrow night but we’ll continue our monumental watering efforts tomorrow to keep things looking nice – like in the North point garden seen above.  As usual, our Thursday volunteer turnout was exceptional and we continue to tweak the gardens which continue to be at summer peak!  Come on down and check us out!!! 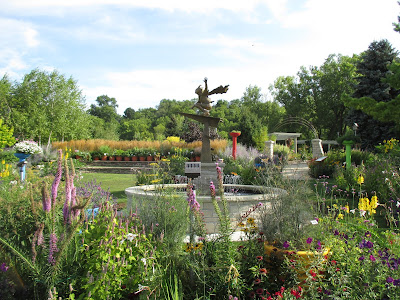 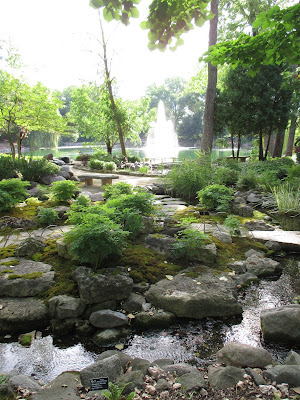 the fern & moss garden with Russo Fountain in the distance 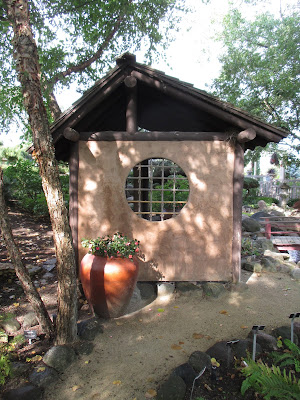 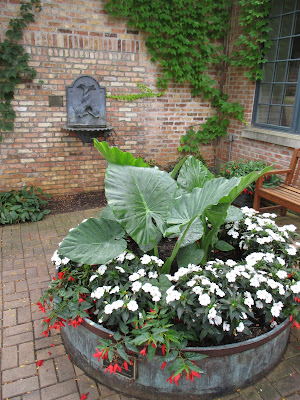 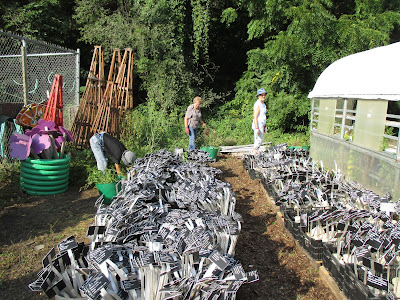 Our volunteers continue to be the lifeblood for getting things done around the gardens.  Above (left to right) are Eva, Kathy and Sandi.  The ladies were clearing weeds from around our signage “holding area” which will get a “gravel upgrade” soon!  Eva and Kathy shifted to weeding in the sunken garden later in the morning.  Pat C. and her granddaughter Lilly were out working on labeling efforts in multiple areas.  Directly below are (left to right) Ron P., Alan and Larry H.  The guys did a nice job taking down the tents from an event earlier in the week and moved on to some other projects.  Our Grumpettes can be seen in the next couple of photos with Peg, Vera, Marilyn, Suzie and Bonnie all working on weeding, deadheading and tidying in the entrance garden which continues to look spectacular.  Dr. Gredler did the majority of his mowing.  Vern, Dave and Jim worked on carpentry projects and Dick H. ran to the dump and worked on other projects.  Hal and Doris touched up their garden area which still looks great. Vicki O. did a great job weeding multiple areas and Olive (fifth photo down) was out cutting arrangements for the Visitor’s Center.  We also saw Rollie and many others today. 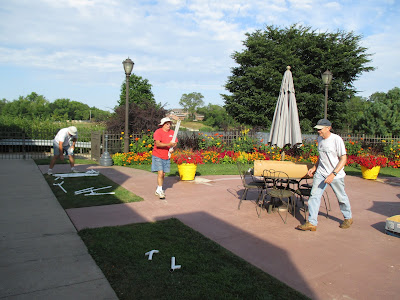 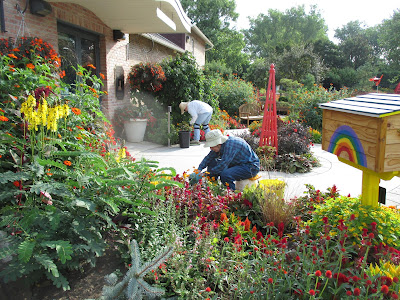 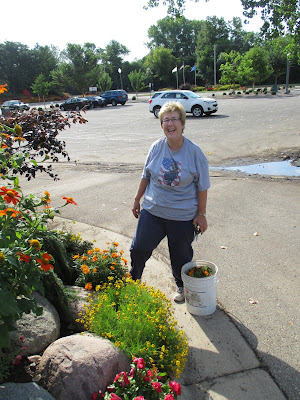 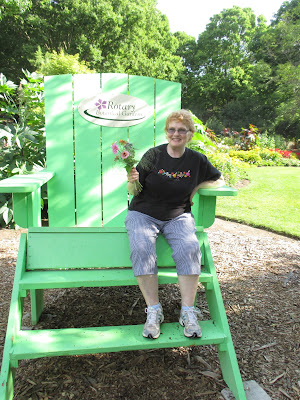 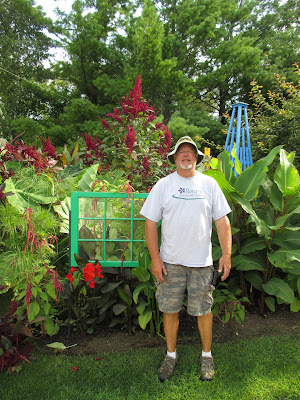 The grounds staff was pretty busy although Big John above was a good sport and posed with this huge amaranth (Amaranthus ‘Hartmann’s Giant’) in the Jungle Garden behind him!  John also worked on lots of watering, pruning and other odds and ends.  Nolan (half day) watered, worked on paths and had a couple other tasks before finishing his summer employment at the gardens.  Bob K. (new to the grounds crew but not to the gardens!) was a big help in watering containers and started a large re-graveling project.  I was able to help coordinate volunteers, had meetings and am getting ready for the Fall Plant Sale (September 12-13) which is coming up soon!  Lots of activity at the gardens today which is what we like to see! 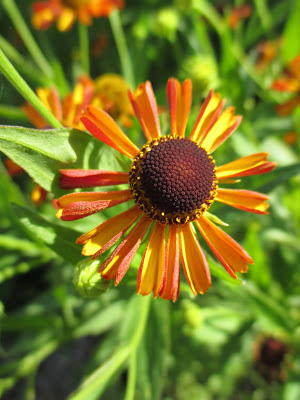 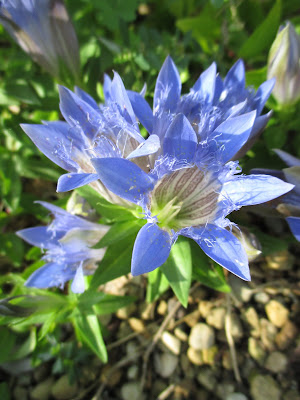 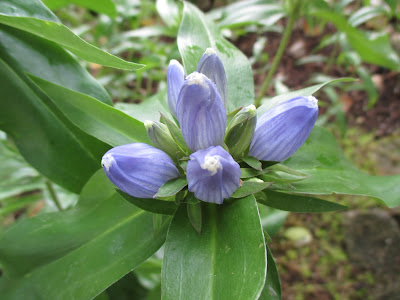 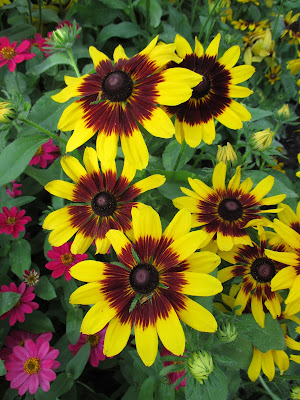 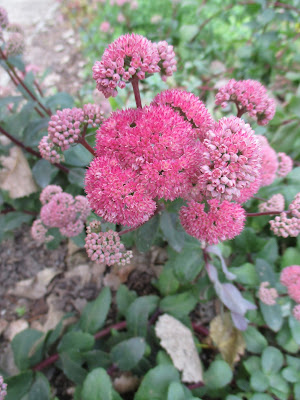 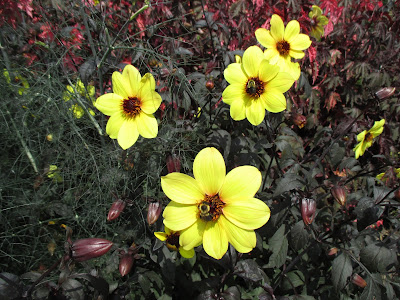 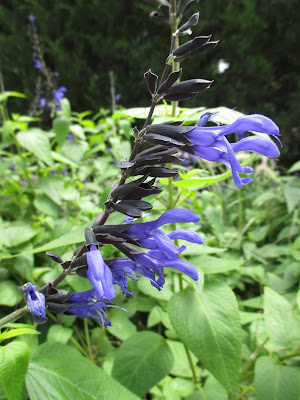 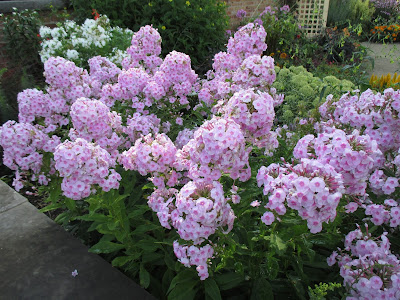 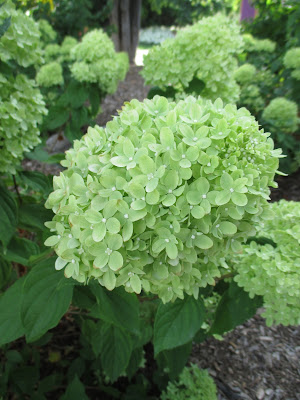