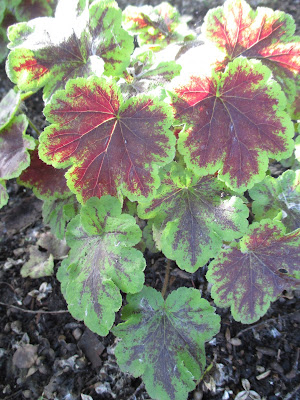 Today was another beautiful one with sunshine and blue skies.  The temperature ended up around 80 degrees F which is just perfect and should encourage our annuals to start filling in nicely.  Unfortunately, the weeds are receiving this same “encouragement.”  We had a lot of visitors today including a fun garden club from the Waukesha area that seemed to enjoy the gardens.  It was nice to see so many people enjoying the gardens and plants like the ‘Solar Eclipse’ foamy bells (xHeucherella) seen above are offering plenty of interest.  Our volunteer turnout was very strong today and we had plenty of helpers for planting and tidying.  Below are some additional shots from today. 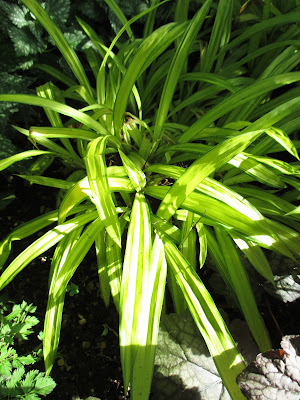 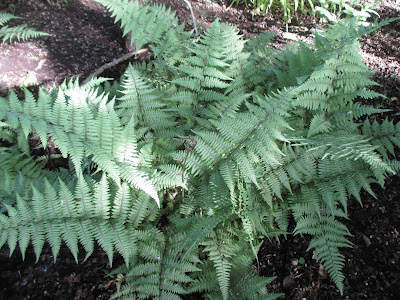 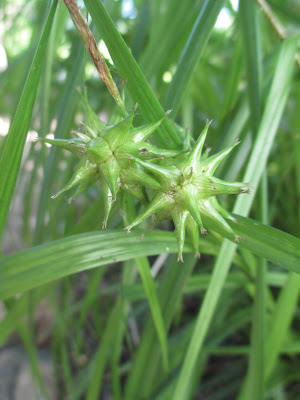 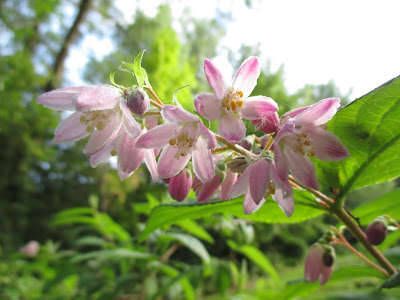 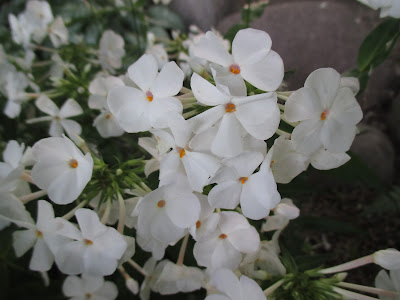 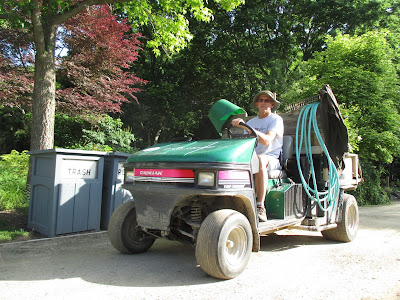 The grounds crew has another busy day which isn’t unusual.  Cindy did some fertilizing, watering and tidying.  She also finished planting some containers.  Cheryl helped give the tour for the garden club today (as did I), watered and did plenty of tidying as well in multiple areas.  Big John and Terry (seen directly above) worked together quite a bit today.  The guys planted close to 40 roses in the French formal garden to replace many of ours that died over the winter.  The guys also mulched, watered, pruned, removed a tree and helped with many other tasks.  Janice was in to work with the Chestnut House volunteers.  I hauled plants out most of the day and kept ahead of our planters while also preparing for our Thursday volunteers which include members from the Bower City Garden Club. 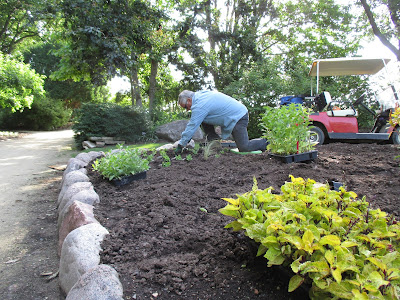 We had some great planting help right away in the morning.  Pat M. (above), Vicky (directly below) and Shirley H. (second photo down) started planting early in the arboretum beds and were later joined by Kay (third photo down) after she finished a planting project in the shade garden.  The fourth photo down shows Mary H. and Kathy P. tidying up their assigned garden area near the gazebo.  Kathy and Eva headed to the far West reaches of the garden near the Parker Education Center for some serious weeding.  The fifth photo shows the “Birthday Girl” Marsha spending time out in the gardens with her camera.  Marsha is an excellent photographer and one of her entries for our photo contest will be seen on the cover (and for a month) in the Rotary Botanical Gardens 2016 calendar!  Happy 40th B-Day Marsha!  The next couple of photos show Gena, Nancy, Patty, Mary and Myrt who all did a great job planting (three areas!) and weeding this afternoon.  Dr. Gredler was out mowing and Stan came in to tidy up in the Japanese Garden.  Layton and Leslie helped with the tour today and did an excellent job.  Pat C. was in to help inventory our labels which is a huge task as she keeps track of our surplus labels (among her other duties!).  The Chestnut House volunteers did a great job planting as well!  We also saw Dean, Bev D., Mary W., Shirley C., Dr. Yahr and many others today.  Further below are some additional photos from today. 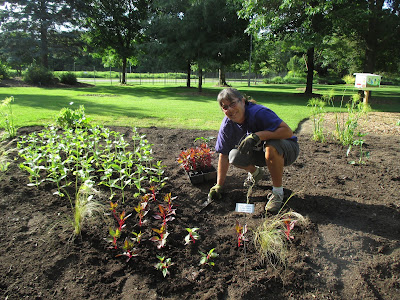 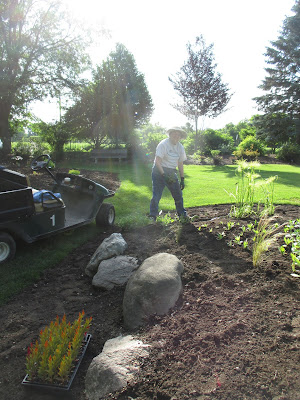 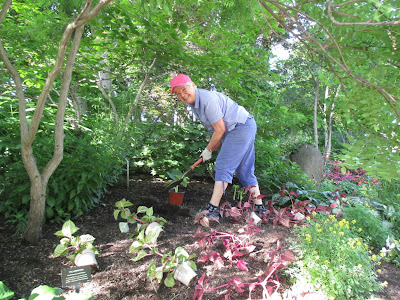 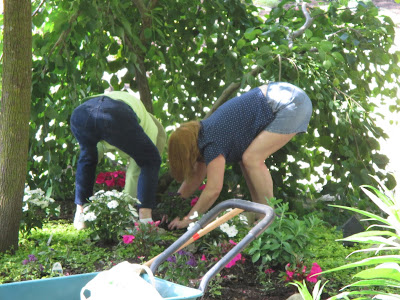 Mary (left) and Kathy (her daughter!) 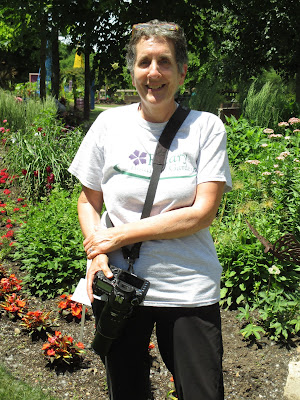 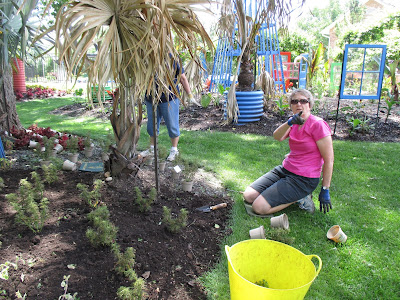 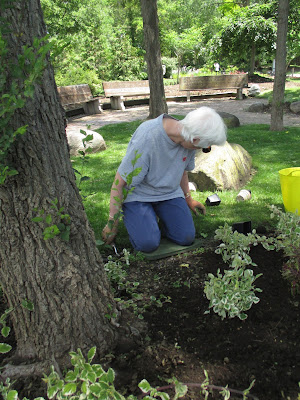 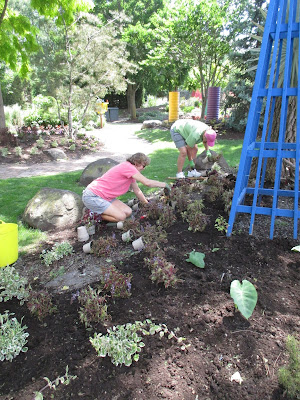 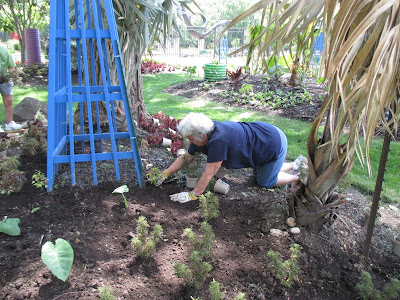 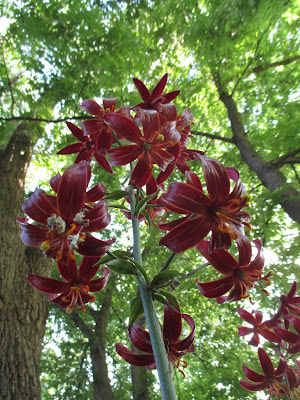 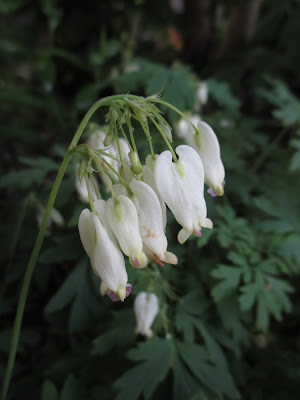 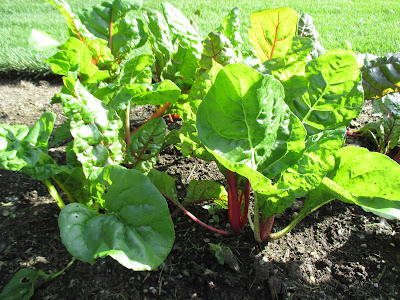 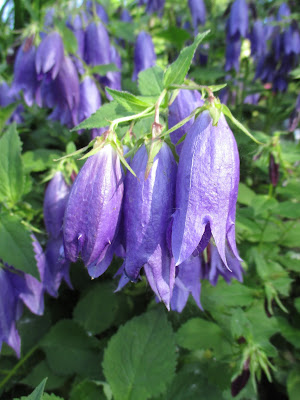 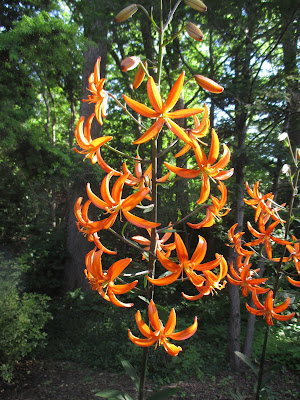 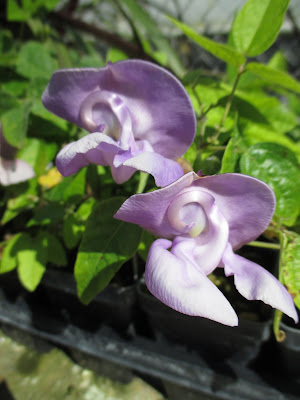